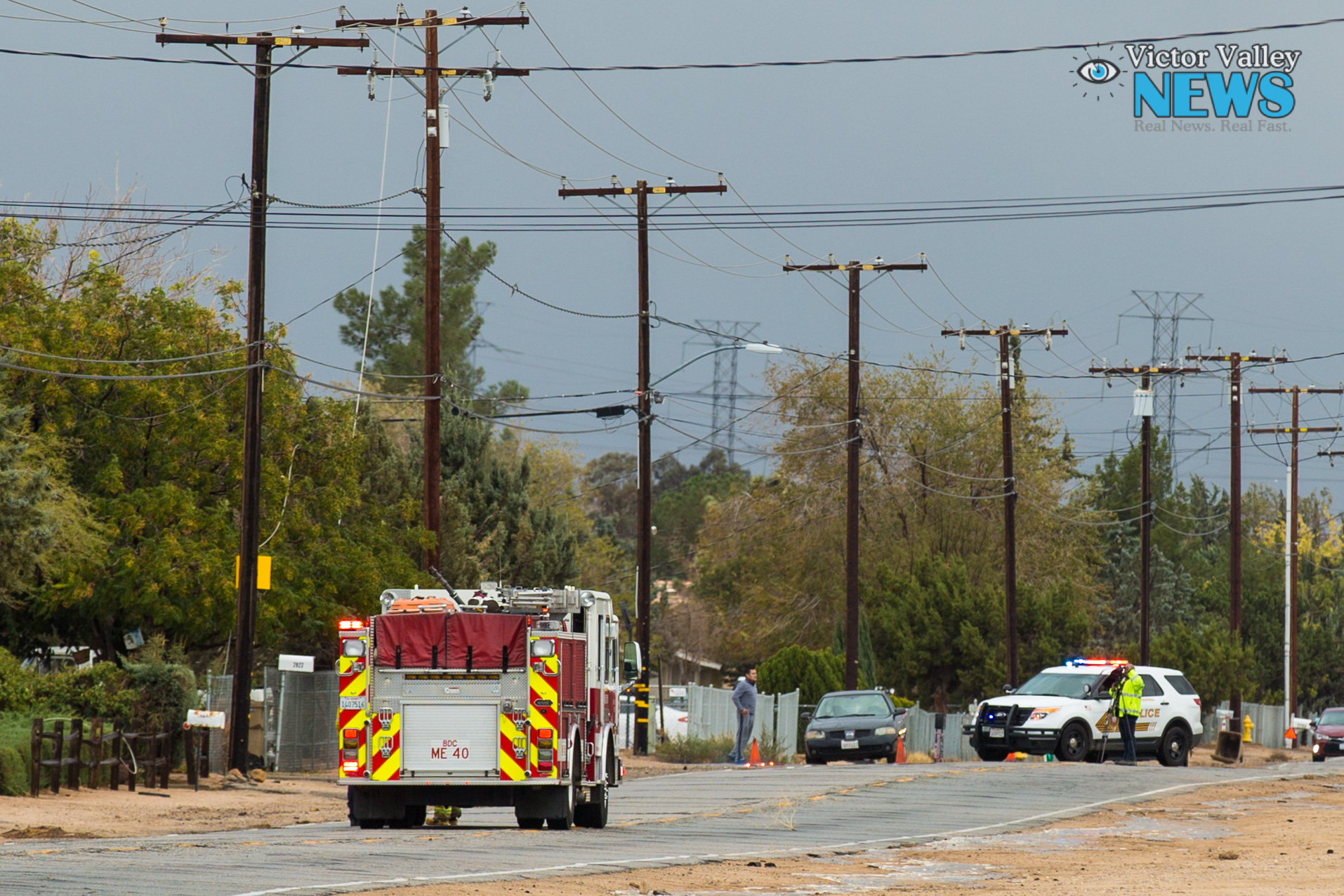 At approximately 12:48 p.m dispatch received reports of a power pole on fire in the area of Maple Avenue and Mission Street in Hesperia.

When firefighters arrived, they confirmed a small area caught fire due to the down power line.

Per scanner reports, firefighters were unable to start battling the fire until the flow of electricity through the line was terminated.

Power is expected to remain out until Southern California Edison arrives on scene and works on restoring the failed equipment.

According to SCE, 1,885 people are affected by the outage, and there is currently no estimated time of restoration.

Sustained wind speeds of at least 40 mph or gusts of 58 mph or more can lead to property damage.

A high wind advisory is in effect until 10 p.m. tonight, with local gusts of wind reaching up to 65 mph.

Were you affected by this power outage? If so, please let us know what area you live in by commenting below.

Join our live newsgroup with over 82,000 members Victor Valley News