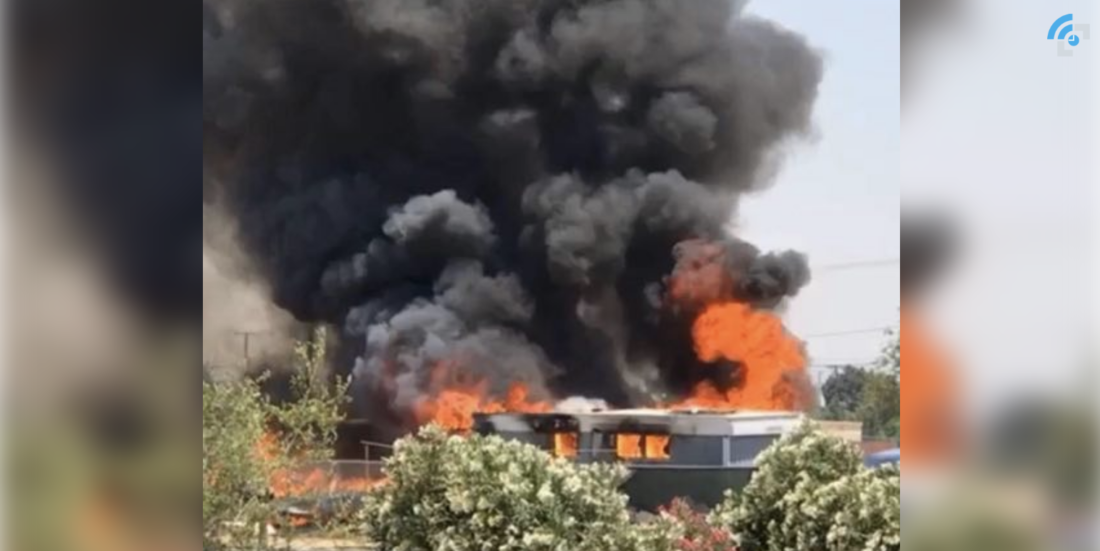 San Bernardino County Firefighters responded and located a fully engulfed double-wide mobile home in the rear of a residential lot in the 11900 block of Locust Avenue.

Gusty winds fanned the flames and sent a large column of black smoke billowing into the sky. The fire quickly spread to nearby vehicles, debris, and a storage container.

According to a County Fire tweet, firefighters were in a defensive mode and worked on protecting exposures. County fire said lines were put into place to protect exposures as well as limit the fires spread into any brush or homes.

The mobile home, as well as two vehicles, were a total loss. The property inside the conex container was impacted.

A resident from the area told VVNG they saw fireworks shooting off from inside the home when the fire started.

County Fire said the official cause remains under investigation by the office of the Fire Marshal. No injuries were reported to civilians or firefighters.