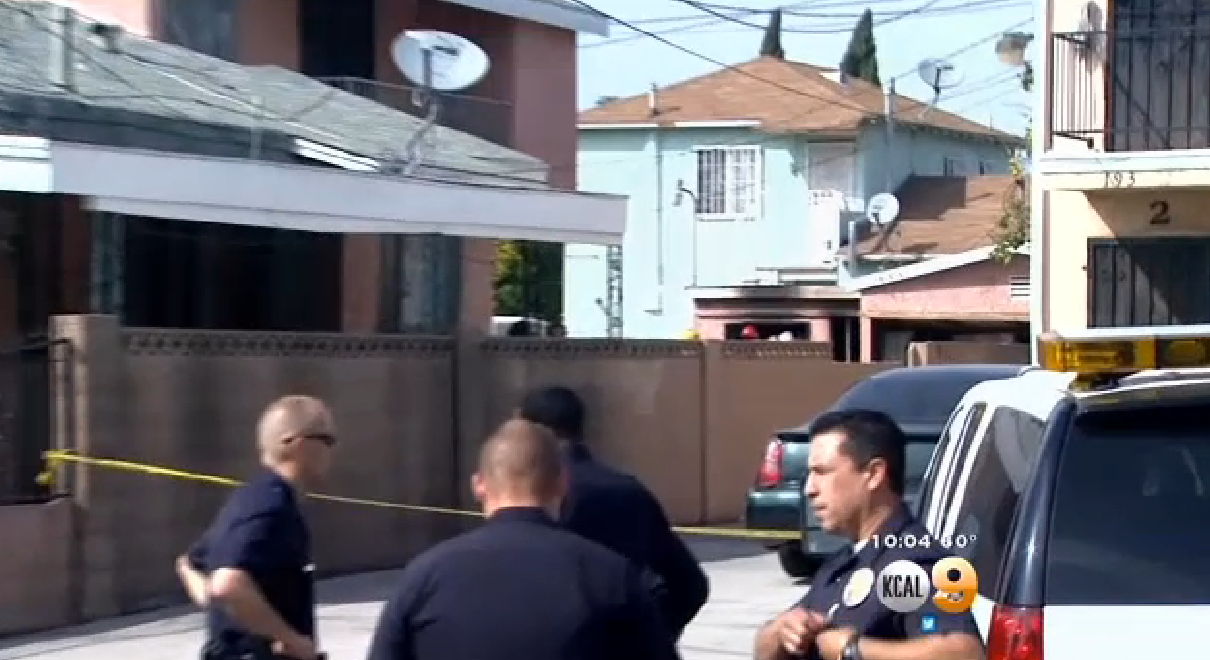 LOS ANGELES: Los Angeles Police Department Newton Homicide detectives are asking for the public’s help in providing any information that would lead to the arrest of the suspect(s) who killed a 28-year-old mother and one-year-old son.

On March 5, 2014, around 11:30 a.m., the Los Angeles Fire Department responded to a house fire in the 100 block of E. 50th Street in the city of Los Angeles. Once LAFD arrived, they found a converted garage on fire.

The LAFD, Arson Unit responded and their investigation is ongoing.

A follow-up investigation by the Los Angeles Police Department, Newton Homicide detectives determined that the victims died as a result of suspicious circumstances. The one-year-old has been identified as Dillon Reyes and the adult is believed to be his mother, 28-year-old Gisella Yauli.

Anyone with information is urged to contact Newton Division Homicide Detectives David Torres or Jose Calzadillas at (323) 846-6556. During non-business hours or on weekends, calls should be directed to 1-877-LAPD-24-7 (1-877-527-3247). Anyone wishing to remain anonymous should call Crime Stoppers at 1-800-222-TIPS (800-222-8477). Tipsters may also contact Crime Stoppers by texting to phone number 274637 (C-R-I-M-E-S on most keypads) with a cell phone. All text messages should begin with the letters “LAPD.” Tipsters may also go to www.lapdonline.org, and click on “Anonymous Web Tips.”