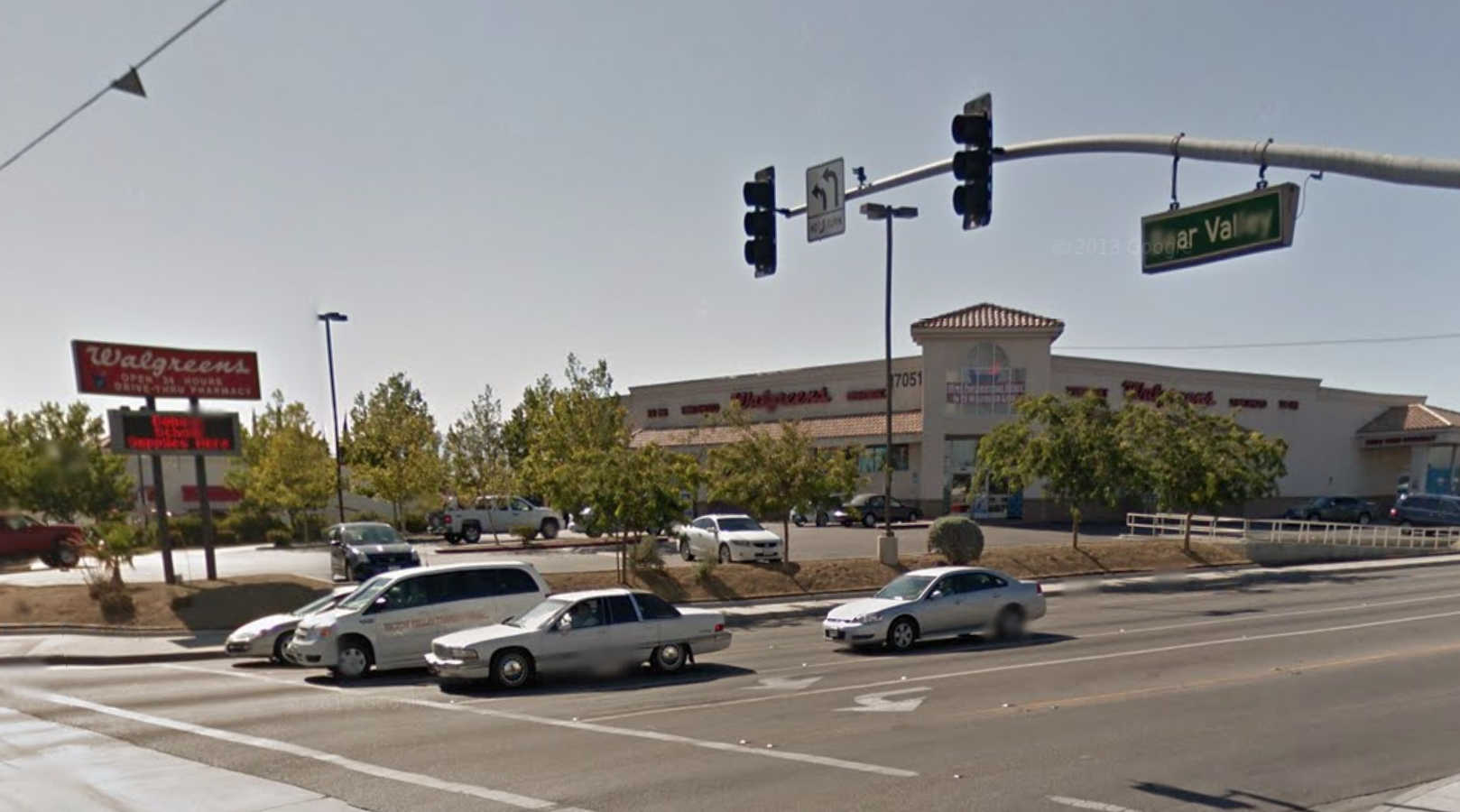 HESPERIA:(VVNG.com)- At approximately 3:00 P.M., on Monday, June 29, 2015 dispatch received a report of a strong armed robbery that occurred in front of the Walgreens at the corner of Hesperia Road and Bear Valley Road.

Per scanner traffic, a suspect on a blue colored mountain bike rode up to the victim and stole a donation box containing donations for the homeless.

The suspect is described as a White Male Adult in his 40’s, wearing a beige hat, red shirt, and he was last seen heading westbound on Bear Valley Road.

A”Rest for your souls” homeless outreach metal box was taken by the suspect. Anyone with any information is urged to contact the Hesperia Police Department at 760-947-1500.