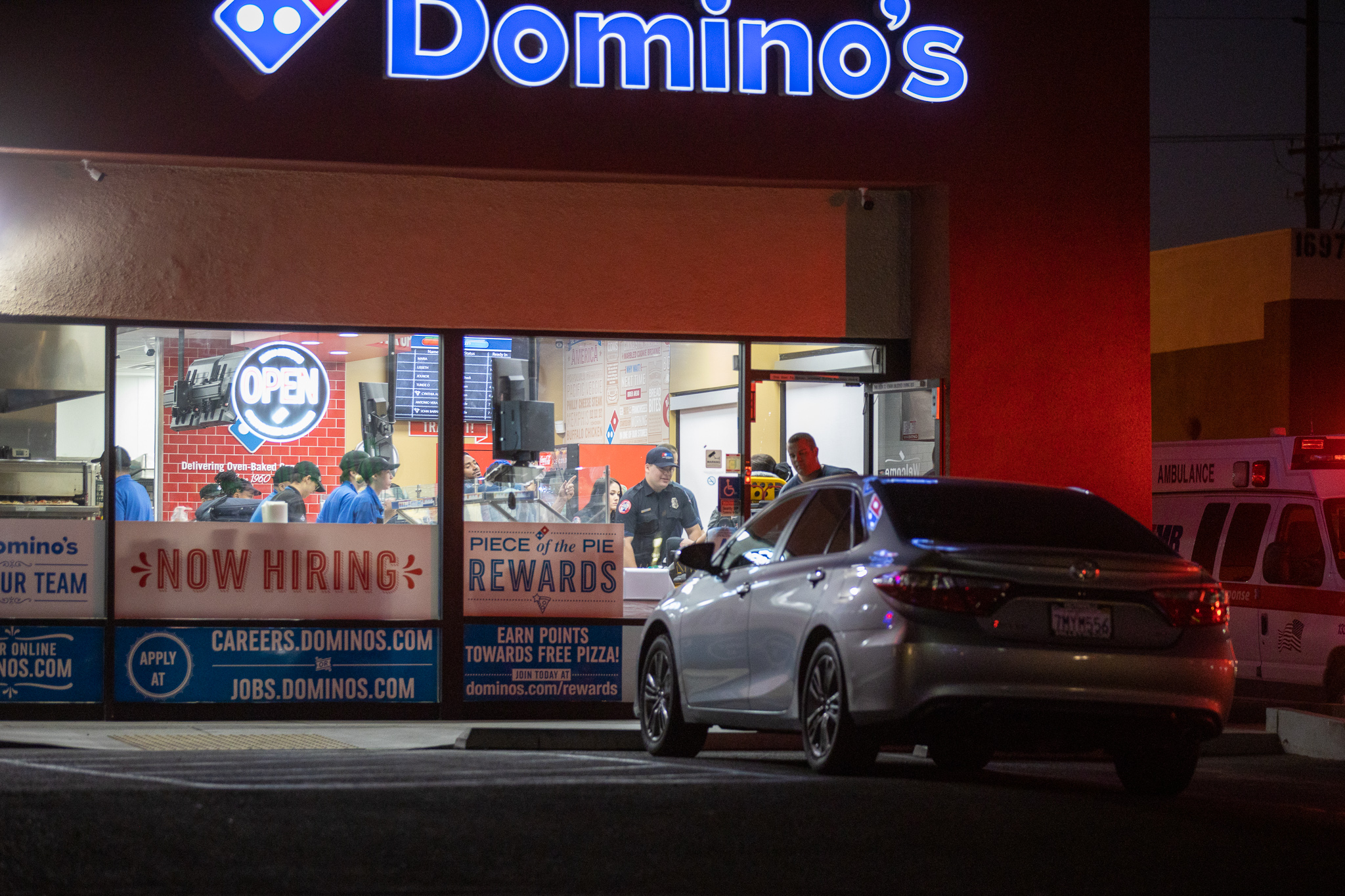 VICTORVILLE, Calif. (VVNG.com) — Authorities are continuing to search for a hit-and-run driver who struck a pizza delivery driver in Victorville.

Victorville sheriff’s spokeswoman Mara Rodriguez said the 42-year-old female victim was walking in the parking lot when she was hit by a black Honda Civic.

According to Rodriguez, “the driver of the Civic, only described as a female, did not stop after the collision. Deputies conducted a check of the area in an effort to locate the suspect and her vehicle but were unsuccessful.”

Rodriguez said the victim sustained injuries to her leg/foot and was transported to a local hospital for treatment.