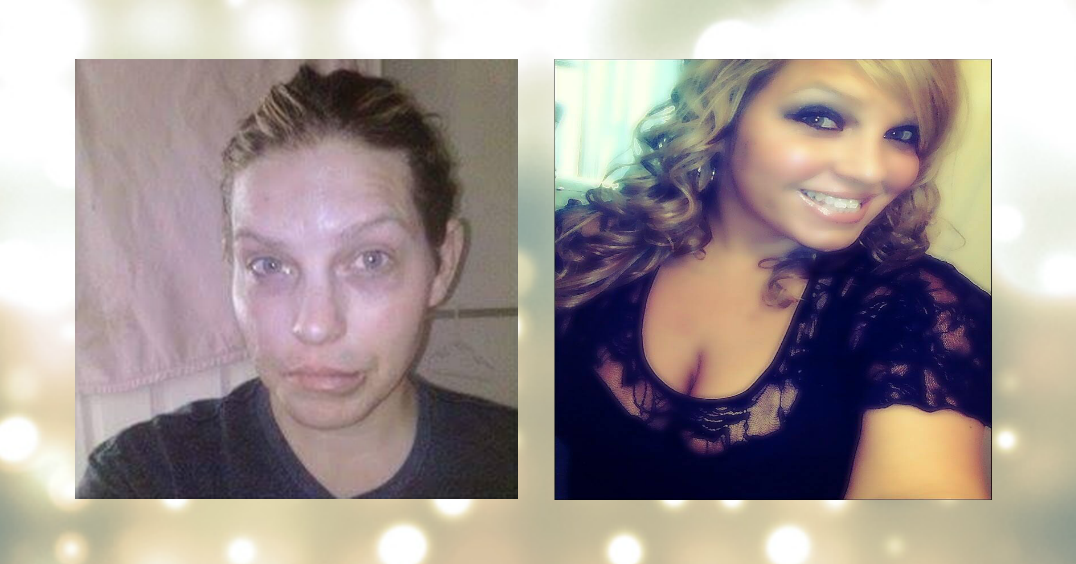 (VVNG.com)- The following is a true story written by 36-year-old Leslie Leach, once a victim of domestic violence but now a proud survivor. Leslie, decided to share her story of domestic violence in hopes to help other’s whom might be struggling with similar situations.

In January of 2013 was the starting point of my journey from victim to survivor. I walked away from everything and went into protective custody in a Domestic Violence shelter, for three months. Within that time I was educated, became mentally stronger and inspired by other victims. A year later, after leaving the shelter I finally made my stand. March 15, 2014 I was brutally beaten for the last time.

That night after four years of an unhealthy and toxic relationship powered by fear, intimidation and love I stopped being a victim. My fear in prisoned me, the fear of knowing what could happen, the fear of know what he was truly capable of when pushed, knowing that he did not give empty threats is what bond me. For friends and family this fear could not be understood, they could not grasp how that fear owns you.

That night I faced the possibility of death, looking back the beating I received was the worst, best thing that ever happened to me. In all honesty, the injuries I sustained that night were not the worst I ever received. My nose has been broken, cracked ribs, fractured face, countless black eyes, busted lips; I have even been stabbed eight times with a fork. This time was different this time I wanted to press charges.

Scared, confused and second guessing myself I took into consideration that I was in the middle of my second semester at Victor Valley College and what lay ahead of me was going to interfere with my education. I could not let that suffer as well but I also knew I needed to take action.

With my gray hoody over my head, oversized sun glasses, and tears pouring down my face I walked into see my councilor Melanie Price in the Cal-works office. As I pulled down my hood, and pulled off my sunglasses I could barely look up let alone speak. It wasn’t hard for the staff to see the damage done to my face; my clothes hid the rest of my injuries. That was the smartest thing I ever did, they took me into a private office. Making sure I was safe letting me talk and encouraging me to leave the office and seek medical attention and notify the proper authorities. With Melanie out of the office my attempt to resolve my fears of losing my financial aid and fear of losing the entire semester over this could not give me that sense of ease that I was seeking. I left the office promising that after my Art Class with Professor Foster I would seek medical attention and call the authorities. Ironically, that day class was cancelled. That was my sign.

After leaving the hospital and filing a report I was more terrified than ever. Losing everything again just was not an option. I still attended every class, busted face in all. My face was so swollen there was no point. As I bravely walked campus dreading some type of remark, trying so hard not to burst into tears. The students never once made me feel awkward or uncomfortable. I worked with my councilor Melanie Price to salvage my semester; a few teachers dropped me for attendance due to trial. Professor Flome and Professor Foster were very supportive as well.

Privately I was suffering, suffering with PTSD, insomnia, and having tremendous anxiety. Losing a majority of my friends and family prior to this left my support system mainly to my professors and the staff in the Cal-works office. Still devoted to my education and suffer privately I did not take a break.

I enrolled in summer session, Family Communication, taught by Professor Jennifer Fowlie. This class was my final eye opener. That class changed my perspective. Learning about effective communication, empathy, how to obtain a win- win situation, and how to take a negative situation and make it positive. This class gave me power, inspiring me to not bash the father of my children. To up hold rest regardless of how I felt about him, letting my children know that daddy’s absence was because he was working, working at becoming a better father. I count my blessings, I do not harbor hatred. Hate takes up to much energy and I rather focus on positivity.