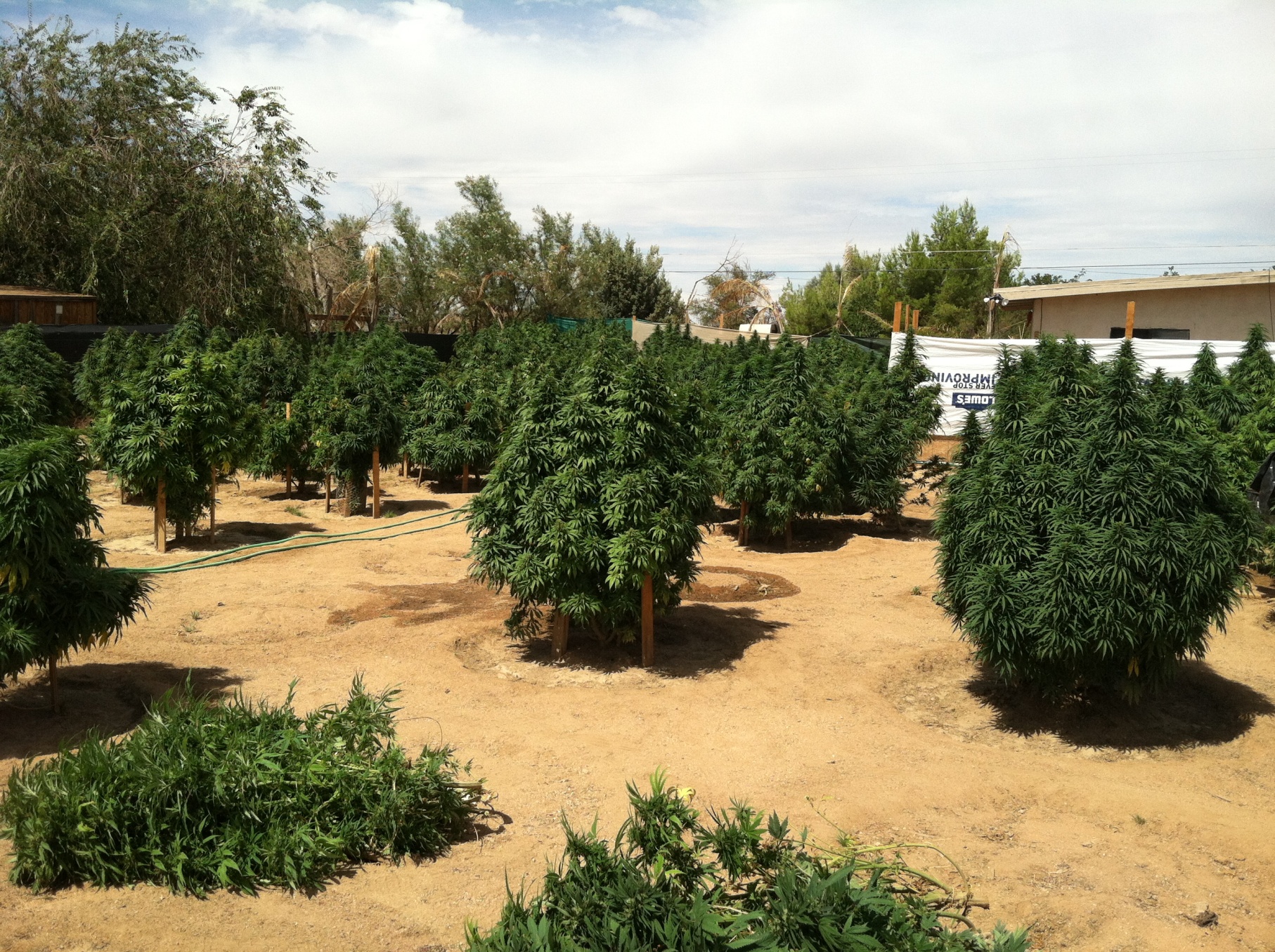 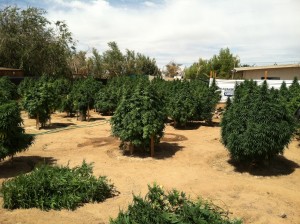 On Sunday, September 8, 2013, at approximately 7:30 am, deputies from the Apple Valley Police Station responded to the report of gun shots being fired in the area of Pah-Ute Avenue and Mesquite Road in Apple Valley. Upon arrival, the deputies learned a large vicious dog escaped from the property on Minnetonka Road by digging under the fence. The dog attacked a smaller dog at a property on Pahute Road, where another homeowner shot the dog to stop the attack. While deputies were on scene conducting their investigation, a second large vicious dog escaped from the Minnetonka property which was taken by animal control. Deputies discovered a large marijuana cultivation in the rear yard of the Minnetonka residence.

The Sheriff’s Marijuana Enforcement Team (MET) responded and assisted Apple Valley deputies with the service of a search warrant at the Minnetonka Road residence. MET Investigators found a large plywood marijuana grow that was not in compliance with the California medical marijuana laws. They seized 188 large marijuana plants and 4 pounds of processed marijuana. The two large dogs were utilized as guard dogs for the marijuana crop. The residence had minimal living amenities and was only being utilized for the sole purpose of facilitating the illegal cultivation. The marijuana plants were all mature, in the budding stage, and ranged from four to eight feet tall. 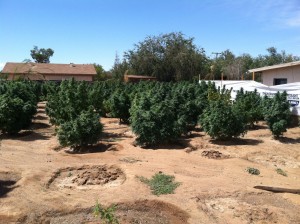 Investigators arrested Carlos Moreno and Felipe Delrio for cultivation. The investigation will be submitted to the District Attorney for review.