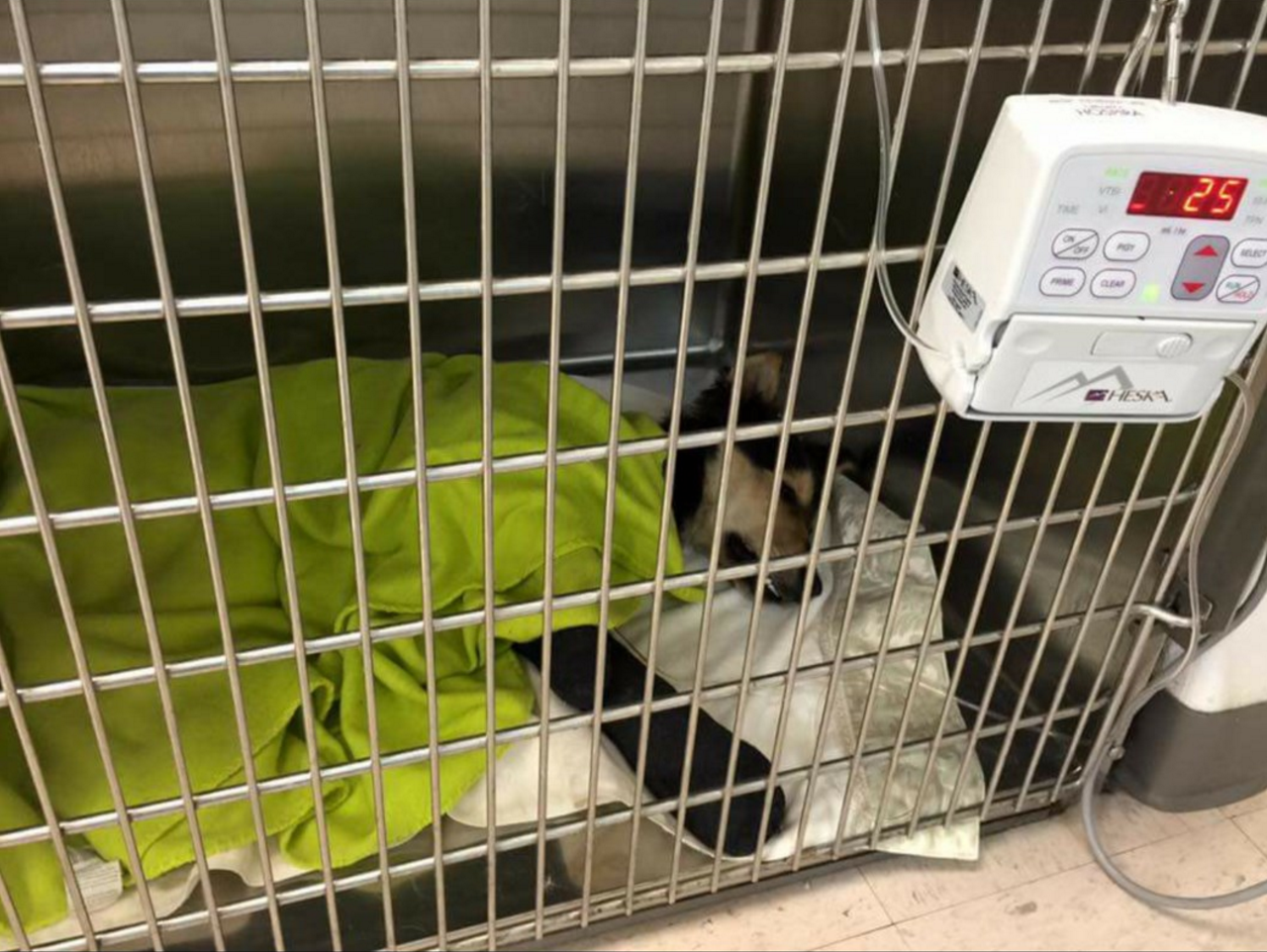 BARSTOW-(VVNG.com): Late Friday night a good Samaritan found a dog in the desert wash area in the 2300 block of Main Street in Barstow. The male mixed-breed dog was located with severe human-inflicted wounds to both front paws. The Barstow Humane Society was called to pick up the injured dog that was unable to walk and suffered severe malnutrition.

Due to the severity of his injuries, he was rushed to the vet, where he remains for treatment of injuries consisting of shotgun wounds to both paws. The Barstow Humane Society said that one paw was severed and several pellets were lodged in the remaining paw. Some of the pellets traveled dangerously close to the small dog’s spine.

The dog, now named Vernon, after the truck wash he was located in close proximity to when he was rescued. Ark Animal Hospital was able to clean up his wounds and stabilize him. Vernon is under the care of Dr. Paul, who is working hard to provide the best final results.

Vernon will require extensive care in order to achieve the best long-term results.  So far, Vernon has received some skin grafts to his paws and they are doing what they can in an attempt to save both of his legs.

The Barstow Humane Society is accepting donations on his behalf through their PayPal account: sheltermanager@paypal.com. There is also a YouCaring Account set up for the cost of treatment for Vernon.

Anyone with information regarding the incident that caused injury to Vernon is asked to report it to the Barstow Humane Society at (760) 252-4800, there is a $500.00 reward for the capture and conviction of the person responsible for this heinous crime. The Barstow Humane Society would like to remind everyone, to report animal abuse if you see it.