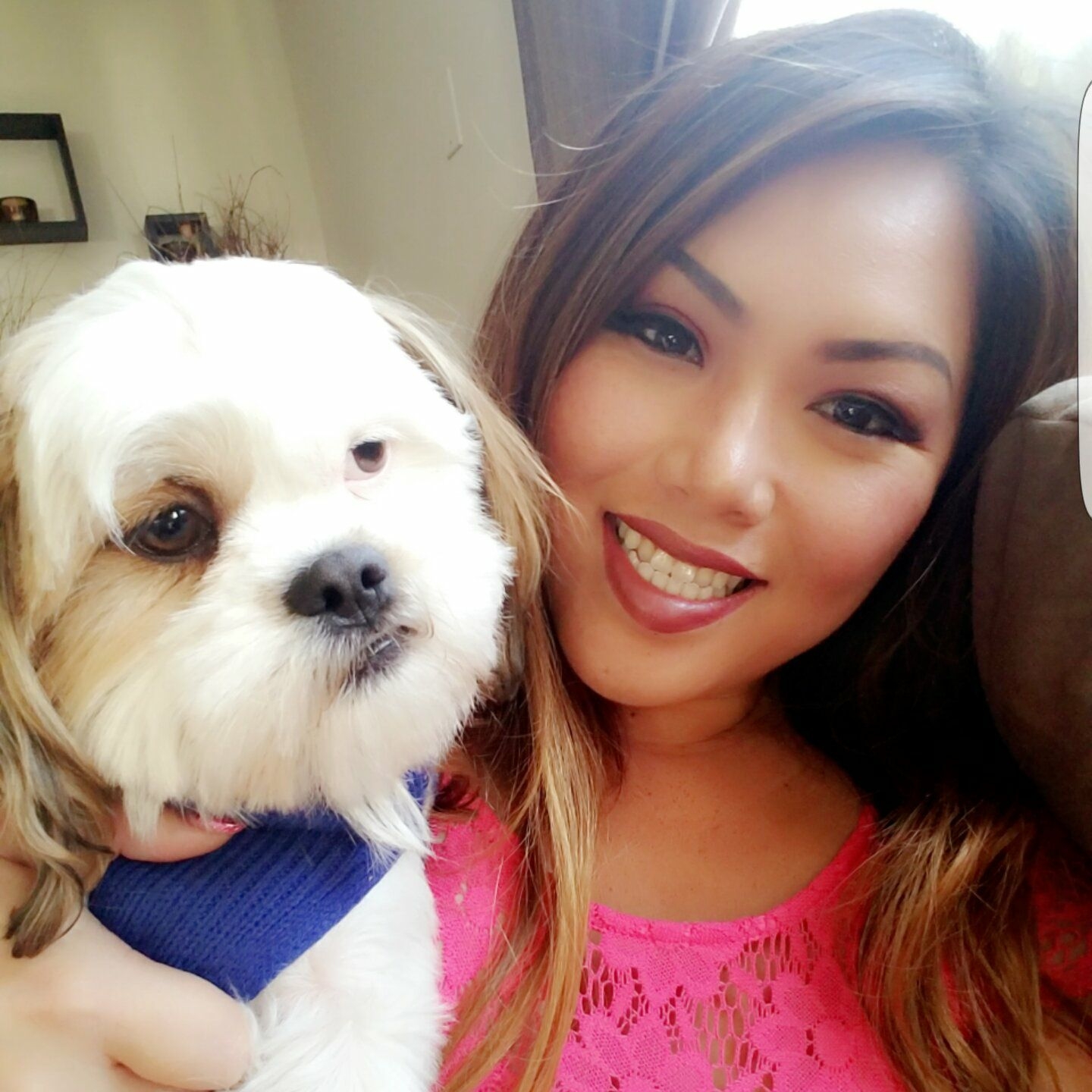 VICTOR VALLEY, Calif. (VVNG.com) A $2000 dollar reward is being offered for the safe return of a family pet named Milo that went missing April 1st, 2017.

Below is the email in its entirety that Becky Chung sent over to us via News@VVNG.com:

We were invited to my friends house in Lucerne Valley, ca. We have never been up there before, but there are about a group of 20 of us having a BBQ pig roast and camping, atv and motorbiking for the weekend.

When we got there we put Milo down as he got acquainted with my friends dog. As everyone was coming up to say hi, one of our friend with a motorbike pulled up and reved the engine.

Not knowing my dog was right there or that he would freak out. Milo took off running down the field as fast as he can. When I seen him run, i thought he would stop. When I called his name, he looked back and kept running full speed toward a dirt path. I chased him as fast as I can. Everyone did not know why I was running down the field till they had seen Milo running in front.

My husband jumped in his truck and tried to cut him off down the road. Milo then took a sharp turn toward the desert and towards the mountain. We lost sight of him. We off road our truck through shrubs and bushes. It was 3 hours till sunset. We combed the area. Screaming his name. We had everyone out there searching the parameter.

We spoke with all the neighbors around to alert them. We searched till the sun went completely down. I was devastated. What is going to do? Its freezing cold at night, its the desert, hot in the day…there are predators out there…I could barely sleep that night in the car, we never set up tent…our fun planned weekend turned into a nightmare…the next morning we went around again searching the area for 6 hours….we did not know what to do…we live in Los Angeles and had to head back at this end of the weekend…for the next days I did my social media postings, fb, twitter, craigslist, instagram.

I then went up there everyday driving 100 miles one way and searched day till night on foot and in the car. Circling the area just in hopes to catch a glimpse of him. I spoke with everyone I could see and went to every house in Lucerne Valley, this area is very desolate. I put fliers in every mail box I saw.

Everyone in town by now pretty much is aware, I hope…I got a couple sighting calls first week, then silence. I had a couple non credible sightings. When I get the calls about each place, I stake out that area in hopes he passes that area again. Someone had seen him in the mountains, heard a dog barking all night, and at 6 am they went up there and seen Milo. He tried to get him but Milo took off back over the mountain and disappeared….This was on April 5th.

On April 6th he was sighted walking down cattleman road and no end road. This is the very last sighting I received. Since then for the first 2 weeks, I literally searched day through the night till morning some days…probably not the smartest things to do at night, plus scary…but I was desperate.

I have then consulted with a k9 search team. It cost me quite a bit…but I figured if he was out there….we would find him with search dogs. I contacted Karin TarQwyn the K9PI- LOST Dog Specialist by referral.

She is from Nebraska, she had 6 dogs with her. We went out on May 6th, and we did a search for about 5 hours. We did not have any success. The dogs stuck around a quarter mile parameter. We spoke with the house around there. They said they have not seen him.

The tracker dogs tracked only in that area. We do not know why it doesn’t trail off this area….Karin said we should be miles away from here now…I was very saddened. Karin suggested we do more postings and get more word out there that if anyone knows anything at all….or lead us to where he may be.

And reward was $1000 dollars, now we up the reward to $2000. I hope the case is that someone has him and isn’t giving him up yet. Like they want to keep him? Or they sold him? I do not know what to think. But I have heard of situation of such in that area. People selling dogs. But with a $2000 reward I hope to get someone talking. It would be lead me to the safe return of Milo. No questions asked.

My world has turned upside down. My husband and I have been worried sick. We also have an older dog named Rex. That is our first doggie. And Milo is only about a year and 4 months old. We raised him. He was my birthday present last year from my husband. My Birthday is this month. Some details about Milo.

I have attached more photos.
Here is my fb page for any reference:
https://facebook.com/bekkidee
My phone contact is 626.274.6028