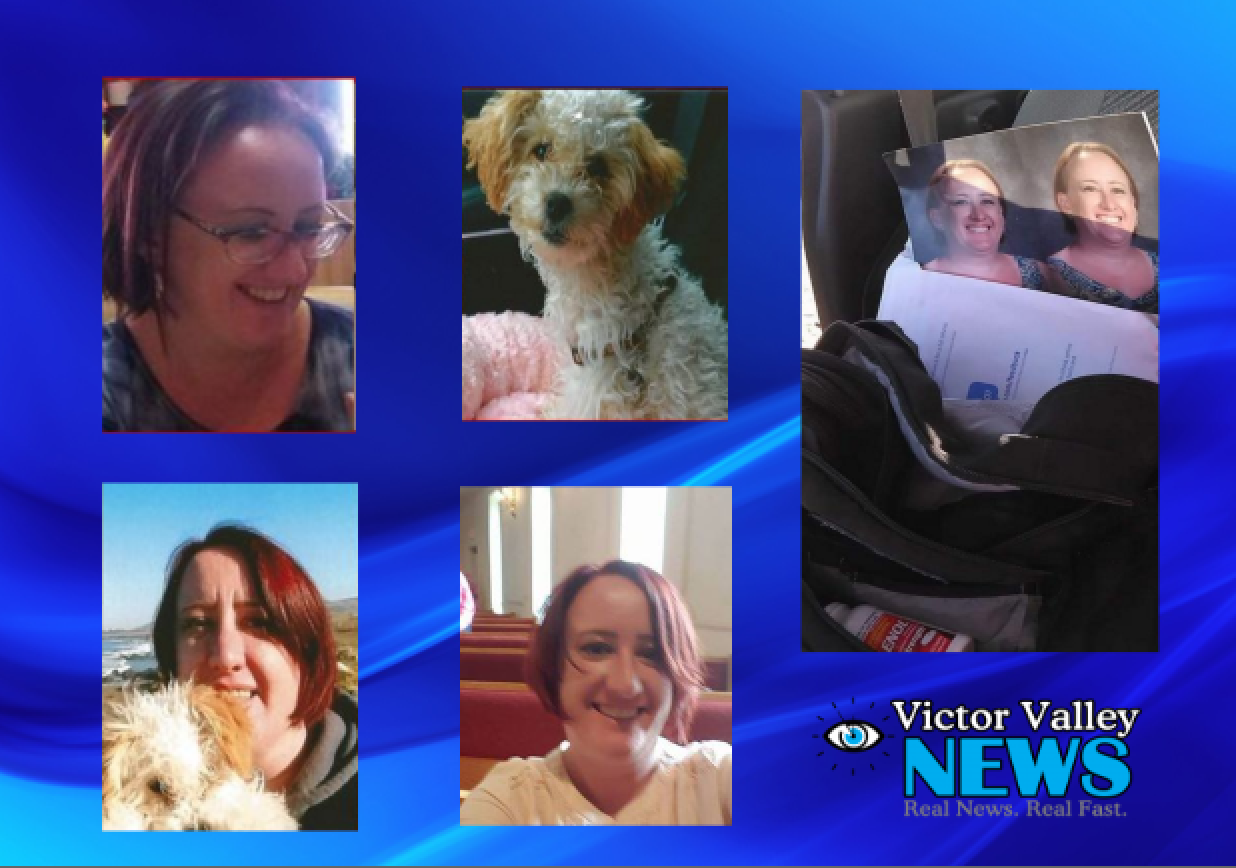 APPLE VALLEY-(VVNG.com): The dog of missing Silverado High School English teacher, 34-year-old Christina Bastian has been located, but still no sign of Bastian. Bastian was last seen by her family Halloween night at a church harvest festival. She said goodbye and went on to her friend’s home to spend the night. At about 1:30 a.m. Bastian left her friend’s home with her dog, named Coco a white and tan maltipoo.

Since the day she went missing, few clues have surfaced including the discovery of her belongings, located strewn across the road in the Lucerne Valley area. Her vehicle was located also on November 1st. Her vehicle, which was purchased just a week before was found with scratches along both sides on Highway 62 in Morongo Valley.

On November 11th, a man who lived in the area, located Bastian’s backpack in Apple Valley just 1 mile North of Bear Valley and Central Roads, which sparked an aerial and K-9 search for the missing teacher. Members of the community got together to conduct a ground search in the area where he belonging were found, but no new clues found during that search.

Bastian’s family hoped that if they located Coco, it would lead them to the missing teacher, but on the family recently got word of Coco being located. The woman who found Coco said that she found the dog along Highway 18 near Bear Valley Road on November 1st.  Coco was located walking along the road in an area not far from where Bastian was last seen. The dog was picked up, posted as found in on a local webpage for lost pets and cared for hoping that Coco would be reunited with her owner. A family friend saw the post of the dog she believed was Coco and alerted Cheryl Denny, Bastain’s mother, who passed the information on to the detectives.

Bastian is described as  5’6”, 170-180 pounds, she has brown eyes and strawberry blonde hair. The Detectives from the San Bernardino County Sheriff’s Department, Apple Valley Stations are requesting the help of the public to help locate Bastian. If anyone has any information, they are asked to call the Apple Valley Station at (760)240-2700.