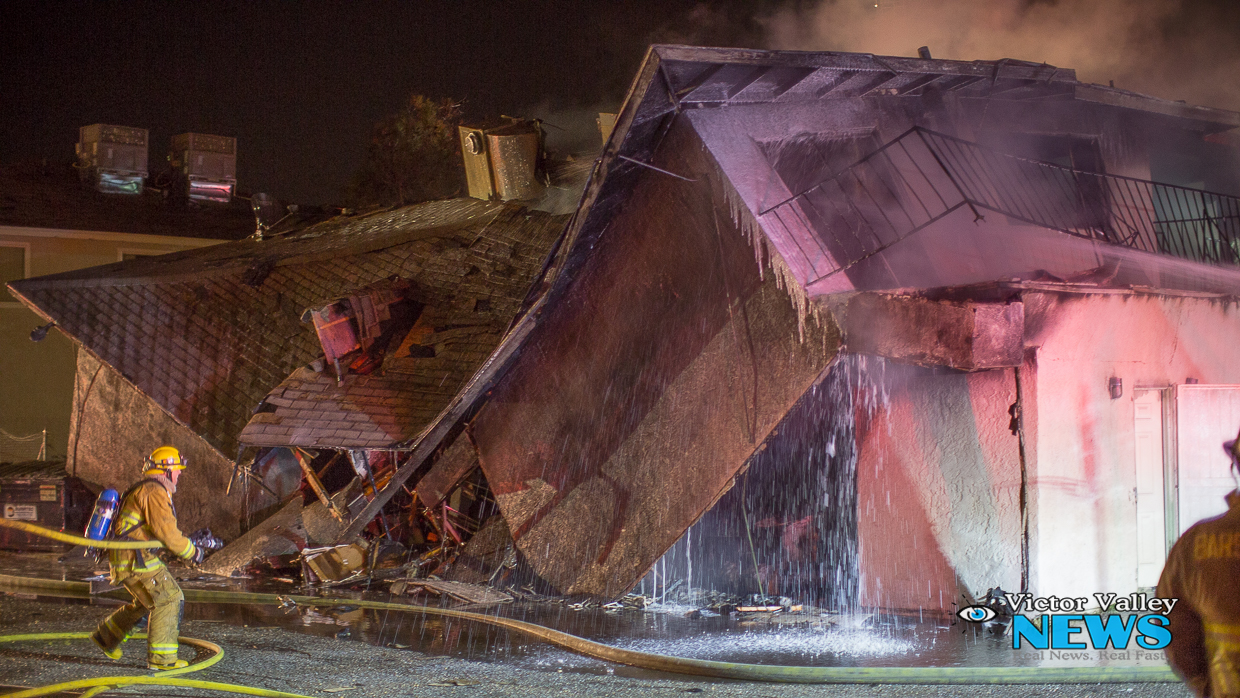 BARSTOW, Calif. (VVNG.com)- A Barstow apartment fire killed a dog and displaced a family Monday night, according to officials.

Crews responded to the fire in the 1100 block of Deseret Avenue near Barstow Road just after 10:14 p.m. on January 2nd, to a report of a car fire under a carport.

“First arriving units found the fully involved carport and a fire that had spread into the first floor of the rear set of apartments,” said Chief Jamie Williams of the Barstow Fire Protection District.

The flames made its way into the attic of the complex which triggered a third-alarm response team and required resources from neighboring areas, including Victorville and Hinkley.

Chief Jamie Williams said the family was able to exit safely, however, the family dog was unable to be rescued and died in the fire.

Firefighters narrowly avoided injury after the second-story carport section of the unit collapsed.

Over a dozen personnel at the scene finally snuffed the blaze just after 11:30 p.m., authorities said.

Investigators are working to determine the cause of the incident, although, according to a witness at the scene, it began after a mattress was set on fire near the carport.

The Red Cross is assisting the family who was home at the time of the blaze, Williams said.

Chief Williams reminds the public to start off the new year by ensuring all smoke detectors are working, and Christmas trees have been appropriately discarded, as well as removing holiday decorations.

The family was able to make it out safely but were distraught over the loss of their dog. (Gabriel D. Espinoza, Victor Valley News)