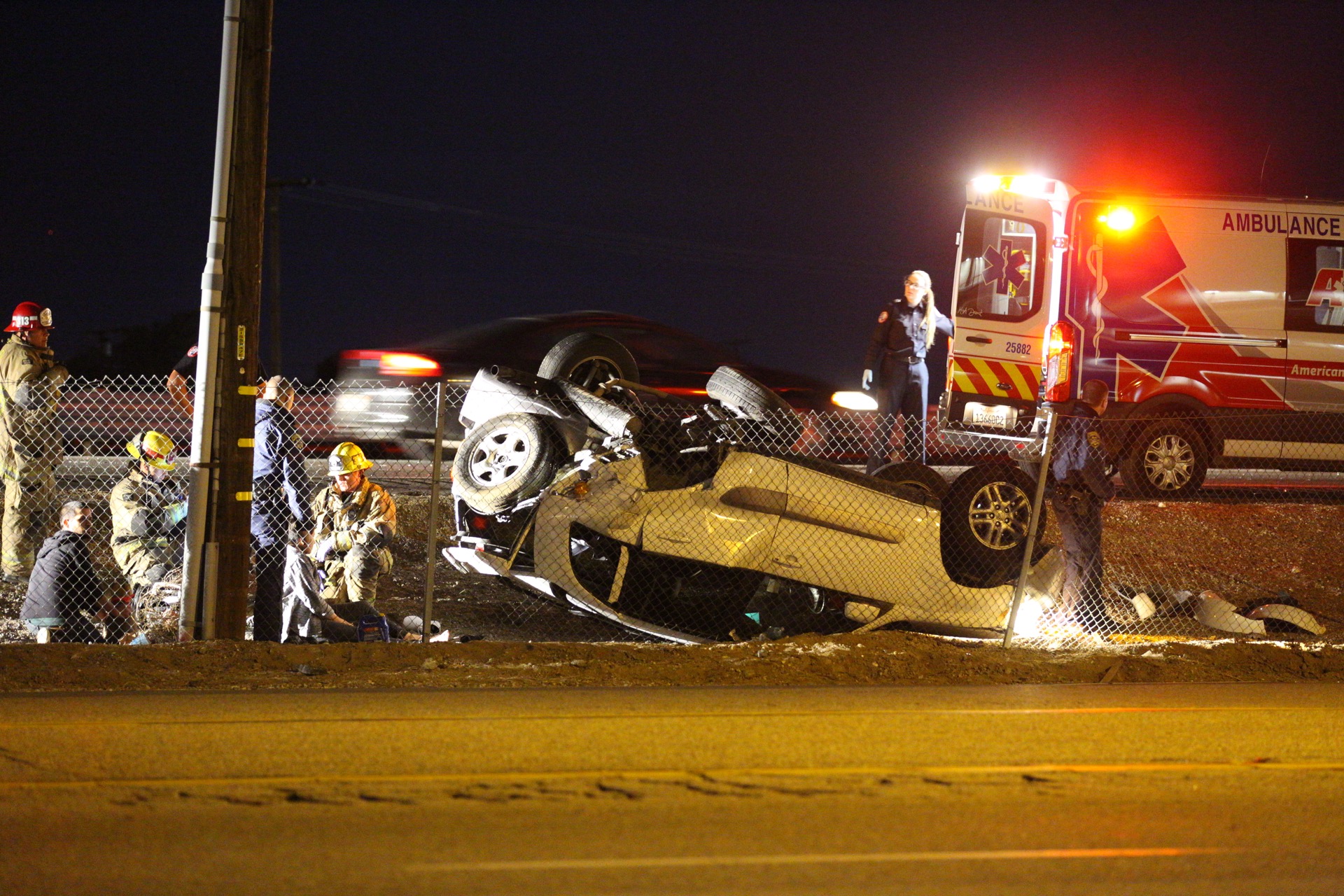 VICTORVILLE, Calif. (VVNG.com) – A young woman was involved in a rollover collision after slowing down for a dog on the 15 freeway Wednesday night.

Officers from the California Highway Patrol responded to a rollover traffic collision on the northbound 15 freeway Wednesday night. The two-vehicle traffic collision was reported at about 7:23 p.m., between Nisqualli Road and Palmdale Road in Victorville.

When officers arrived at the scene, they located a white Toyota Rav4 on its roof along the shoulder of the freeway. About 100 feet away, a Toyota Camry with heavy front end damage came to a stop in the dirt embankment near Mariposa Road.

According to a witness named Bono, the female driver of the SUV saw a dog running around traffic lanes and slowly yielded. As her vehicle slowed a Toyota Camry struck her vehicle causing her to flip.

The female driver of the RAV4 was transported to a local hospital with non-life threatening injuries.

The stray dog described as a pit bull was not injured and eventually captured by a good Samaritan.

At this time the cause of the collision remains under investigation by the Victorville CHP office.