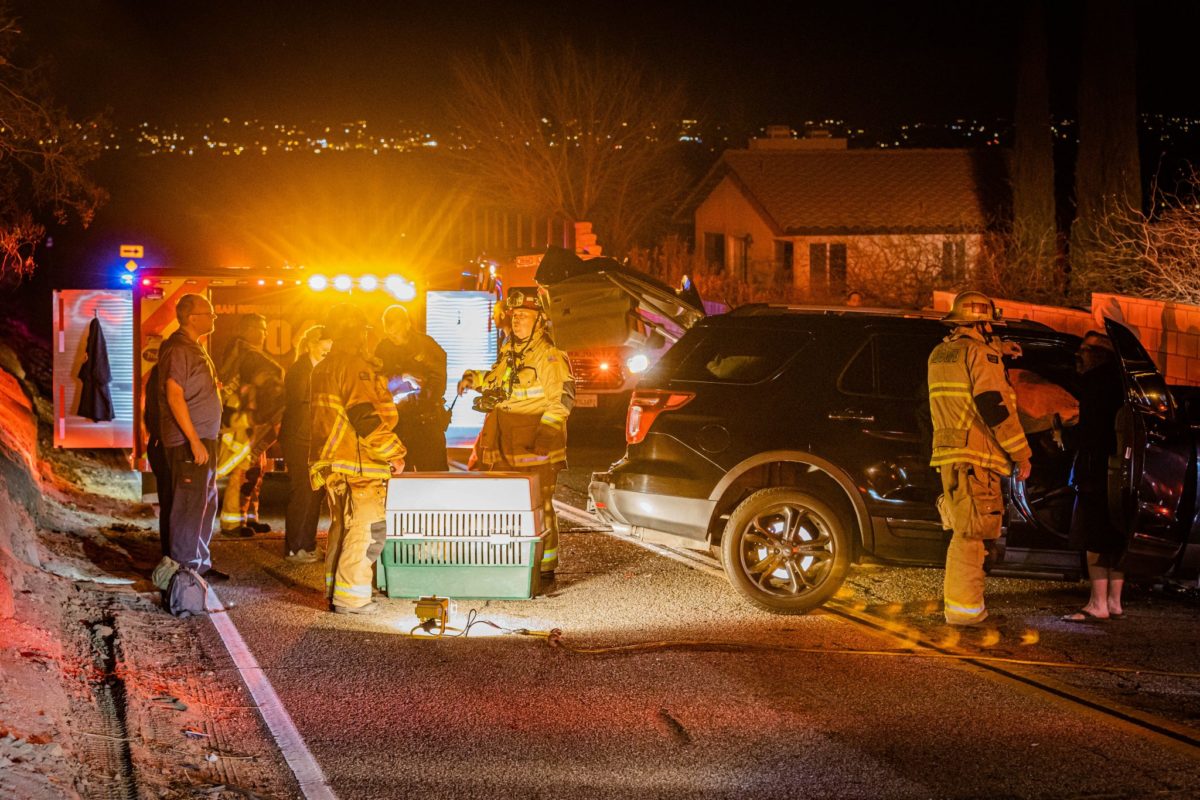 California Highway Patrol and San Bernardino Couty Fire were dispatched to a crash on Ridgecrest Road, just north of Chinquapin Road at about 9 p.m.

The crash involved a black Ford SUV and a black Toyota Tacoma truck. Firefighters had to perform a slight extrication to remove the occupants from the vehicle.

“We had to perform a slight door-pop on each vehicle,” a firefighter told Victor Valley News. “The only injury we have is a dog with a broken femur, and we’re going to be transporting him to the vet right now.”

The fault of the accident was not immediately determined, however, CHP officials did conduct a field sobriety test on one of the involved drivers.

A veterinarian technician who lives in the area told Victor Valley News that he went to the scene and checked out the dog.

“I live nearby and figured I would go see if anyone in the crash needed help,” he stated.

After checking on the condition of the animal, which was inside a kennel at the time of the crash, the off-duty vet technician said the dog appears to have suffered a broken femur.

“I think he’ll be able to recover. He wasn’t bleeding, which is a good thing,” he stated.