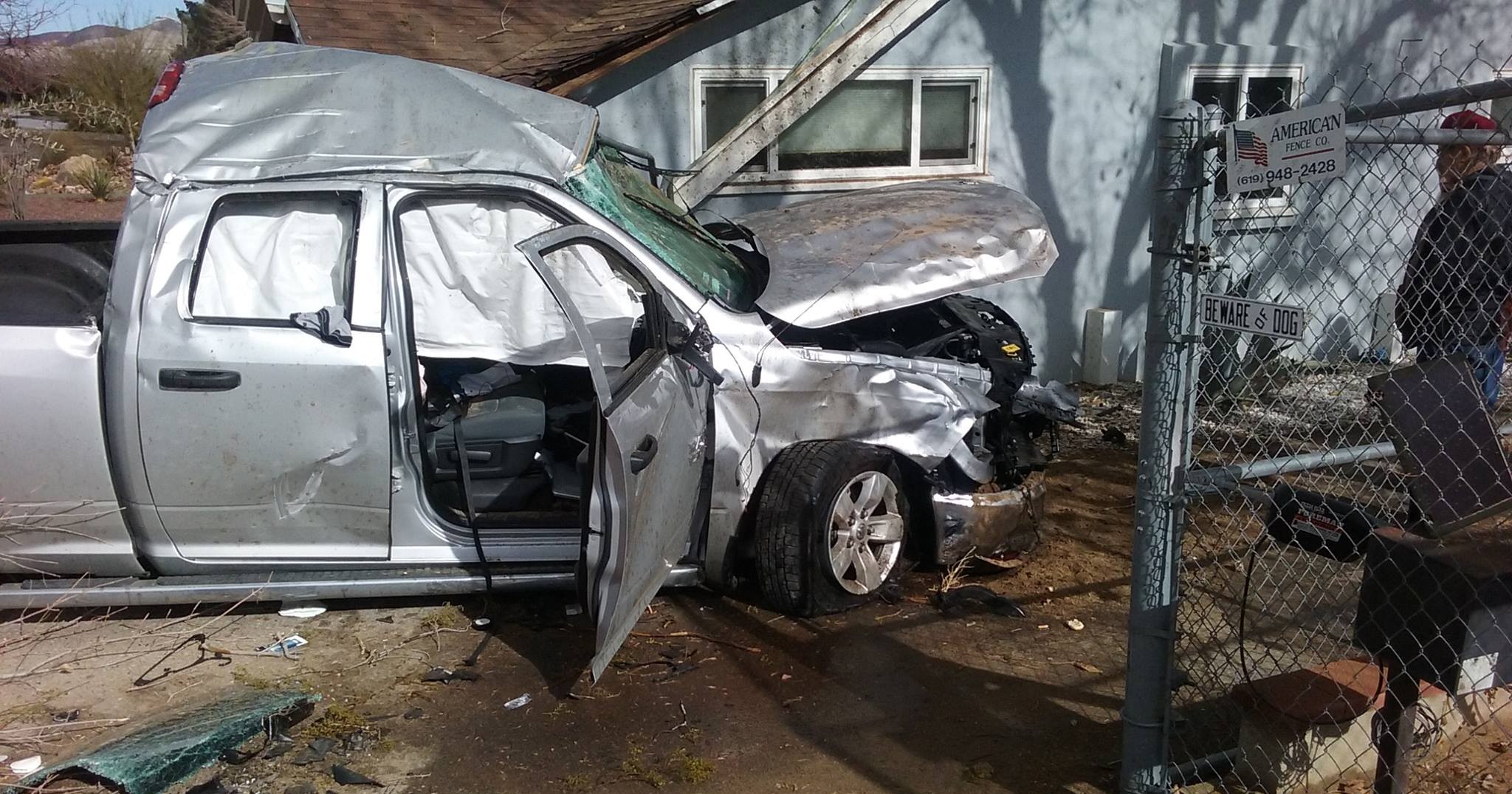 VICTORVILLE, CALIF:(VVNG.com)- A 24-year old Victorville man was arrested at the Victorville Department of Motor Vehicles after slamming into a home with a silver Dodge Ram on Thursday morning.

At around 10:46 a.m. deputies were dispatched to a home on the 14800 block of Rodeo Drive near Villa Drive. Deputies on scene said that the vehicle was heading northbound when for reasons still under investigation it lost control and left the roadway. The truck hit the curb and continued to hit a large rock causing it to overturn then hit the home. The impact caused major damage to the truck as well as portion of the residence.

According to officials, the two occupants exited the vehicle and attempted to gather belongings from the vehicle immediately after the crash. Both suspects fled the scene on foot running towards Rodeo Drive. “They both fled the location and were caught at the DMV. Looks like the female sustained some injuries,” said Sgt. Dave Burgess.

A witness chased the occupants into the DMV where the security guard at the DMV told Victor Valley News that the male suspect ran into the restroom and attempted to change his clothes. The DMV was placed on a momentary lockdown until deputies arrived.

Deputies arrived shortly after and detained the positively identified suspect, Anthony Anselmo Medrano, who was found to not be in possession of a driver’s license. “[It is] unknown what all the factors were, but I can guess speed unsafe for conditions will be one of them,” said Sgt. Burgess.

The woman was transported to the hospital for treatment of injuries caused by the collision. There were no other injuries reported as a result of this collision. The cause of the collision is under investigation at this time, information will be updated as it is received.

Medrano was booked into the High Desert Detention Center in Adelanto for felony receiving stolen property, felony hit and run and violation of parole.  He is being held in lieu of $50,000 bail and is scheduled for an arraignment hearing Monday, January 11th at the Victorville Superior Court.