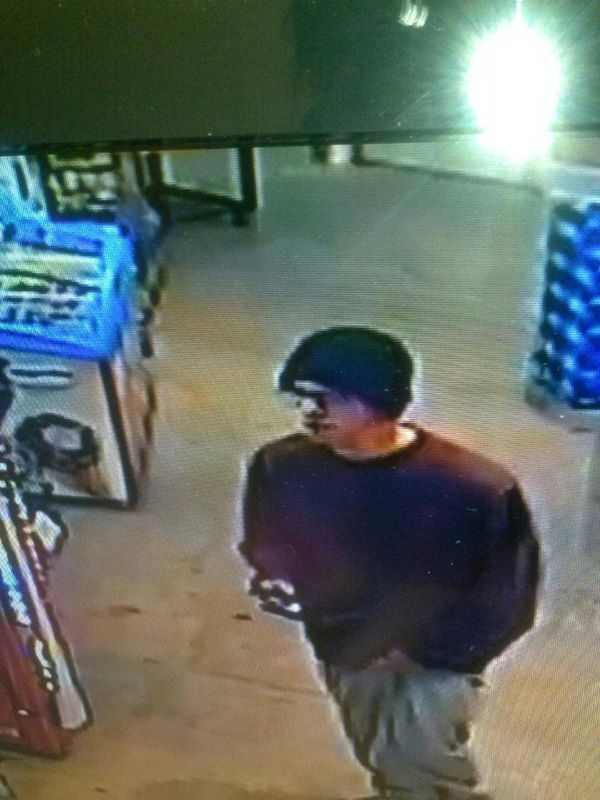 HESPERIA:(VVNG.com)- A local family has turned to social media and is asking for the public’s help in identifying a suspect who broke into a residence and stole many valuables.

According to a very upset family member, the unidentified male entered the home of her step father as he was sleeping. The suspect stole many electronics, including a cell phone, wallet and a computer containing priceless family photos.

After the burglary, the suspect used the victims credit card at a Chevron Gas Station located on Main Street and 7th Avenue in Hesperia at 6:14 A.M. Thanks to store surveillance video a photo of the suspect was provided to the victim.

The suspect is described as a white male in his early 20’s. In the submitted photo the suspect is wearing glasses.

The vehicle used in the crime is described as white car late 90’s to early 2000’s model. The vehicle is possibly a Honda Accord/Civic or Nissan Maxima/Altima with a black strip on the bottom.

If you recognize the suspect in this residential burglary or have any information please contact Deputy B. Ogas at the Hesperia Police Department (760)947-1500.