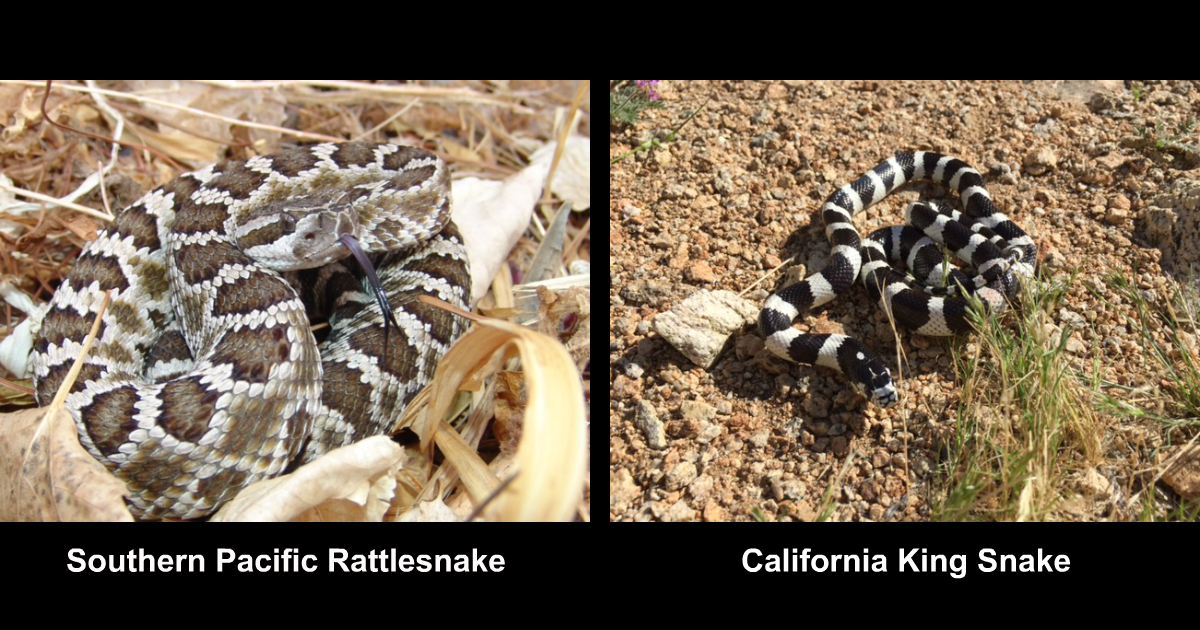 (VVNG.com)- It is not uncommon for High Desert residents to have encounters with snakes this time of year, as it’s finally warm enough for us to enjoy being outdoors. While outdoors, the topic on everyone’s mind is: look out for snakes! While this is great advice, I am here to tell you why living around snakes should just be a way of life for desert dwellers – not a crippling fear.

We live in one of the harshest climates in existence – and all of the wildlife around us seeks a place with good weather, food, water and possibly a mate (we can all relate to that, right?) It should not surprise us that our regularly watered lawns, chicken coops, porches, and even garages become welcome oases for our slithering neighbors. For many of us, encountering one is not a matter of ‘if’ – but ‘when’.

Some immediate responses to seeing a snake involve running, wondering what species of snake it may be or if it is venomous, and not knowing what to do. That’s where I’ve been asked to step in. In studying and exploring this desert, I’ve come to learn that – in terms of snakes, we have it pretty easy when it comes to identifying potential dangers and options for responding to these animals.

We have roughly 25 species of snakes in the Victor Valley and surrounding hills, and only 4 of them pose any threat to humans. All 4 are rattlesnakes. Depending on where you live in the desert, you have a chance of encountering one or more species of rattlesnake. The smallest is the Mojave Sidewinder- a small, tan rattlesnake with brown markings, which is found mostly near sandy washes near Victorville, Oro Grande and Barstow. The beautifully marked red, orange, or tan Speckled Rattlesnake is a medium sized snake found near heavily rocky areas, also near Victorville, Oro Grande, and Barstow. The well-known Northern Mojave Rattlesnake is found in northern Phelan, Victorville, Adelanto, Apple Valley and farther north to Barstow. They typically display green diamond patterning but can also be dull gray or brown. The largest rattlesnake in our area is the Southern Pacific Rattlesnake- black or grey in color, and is found in southern Apple Valley, Phelan, Oak Hills, and high elevation areas such as Wrightwood and Big Bear.

Identifying snakes can be tricky in a high stress situation, so I will lead with this disclaimer- do not approach any snake if you do not know for certain that it is non-venomous. A general rule is “no rattle, no problem” – as all rattlesnakes have rattles (or at least the blunt tail if their rattles have broken). Any other snake in our area will have longer tails that taper to a sharp point. Analyzing the shape of the pupils is not an effective method, as some non-venomous snakes have cat-like pupils. Besides, who is honestly going to get that close to an unidentified snake to find out? The “diamond shaped head” rule is mostly true here- but our native (and harmless) gopher snakes, as well as some others, have figured out that flattening their heads make them look scarier- and as the bones in a snake’s skull are flexible, any snake brave enough to scare a human can pull this trick.

So what do I do if I see a snake? First, stop. Stamping, running and flailing will only frighten a snake. Second, back up slowly. On the off-chance there is a venomous snake in front of you, backing away slowly will decrease your chances of getting bit as you peacefully retreat from the strike zone (6 feet away is generally a safe distance for any of our local snakes. Snakes can typically strike less than half their own body length). Once you are 6 or more feet away, feel free to run, scream, or panic in the opposite direction. There’s no shame in fearing snakes, but if you are living in the desert, I implore you to learn more about them. For example, did you know that snakes are on the forefront of disease control? With as many mice as they eat, they reduce the likelihood of plague, hantavirus and other diseases carried by rodents. Snakes are essential to the desert’s food chain as they feed on many lizards, rodents and birds (some even eat bugs!) Snakes become food for owls, roadrunners, Bobcats, Hawks and other snakes. Snakes are not on the top of the food chain and are very fearful animals. Some of them (such as rattlesnakes) have evolved chemical means of protecting themselves (venom) and those are the only ones that should concern the average desert goer. These complex creatures share the desert with us, and it is entirely possible to coexist peacefully alongside them. For problem snakes call your local animal control.

How to avoid being bitten:

What to do if bitten: