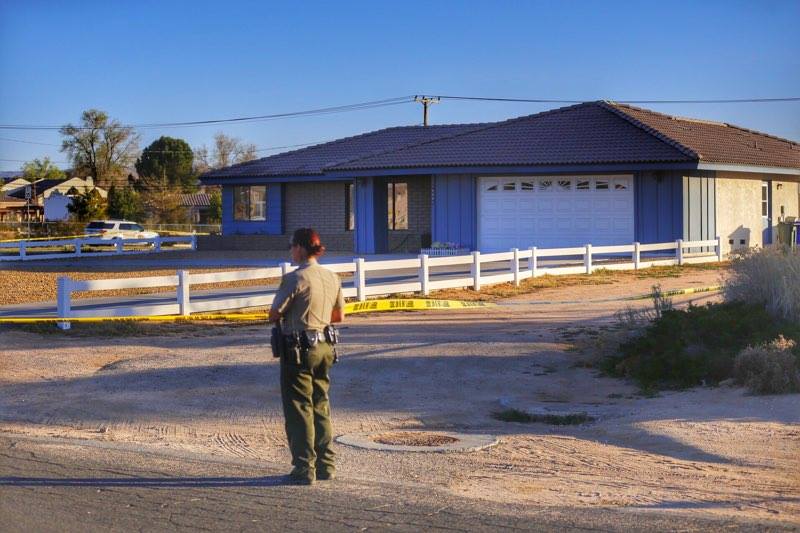 APPLE VALLEY-(VVNG.com):  The murder of an elderly couple followed an attack of an elderly woman in Apple Valley shook the town residents to their core. On Monday, February 29, 2016, a friend of Louis and Rose Giuntini located them in their home deceased. San Bernardino County Coroners ruled the death of the elderly couple as a Homicide.

On Sunday, March 6th an elderly woman was attacked in her Apple Valley home just under 2 miles away

from the grisly murder of the elderly couple. The community was in fear until authorities, after an intense investigation, named 20-year-old Keon Bailey as a person of interest in both the murder and attack in Apple Valley. Bailey was also the sole suspect in a residential burglary in the 15700 block of Tuscola Road, during which time he stole a handgun that was used during the robbery at Neils Donuts on February 28, 2016.

Keon Bailey was just released from state custody on February 18, 2016. During the less than three-week crime spree committed by Bailey, investigators have determined that he routinely searched news and social media outlets for any information announcing his possible involvement in the murders and robberies he committed in Apple Valley.

Bailey was shot and killed during a March 8, 2016, attempted armed robbery of a Torrance jewelry store by the store owner.  After his death, he was found to be in possession of stolen items belonging to the Apple Valley victims.

Investigators served a search warrant on March 9, 2016, at the Apple Valley home where Bailey had been temporarily staying. The home was in close proximity to the crime spree authorities said. During the search warrant, investigators recovered the Green Bay Packers sweatshirt and black shorts Bailey is seen wearing during the robbery at Neils Donuts on Sunday, February 28, 2016. The clothing, along with several other items of evidence, was found to have DNA evidence from the victims on them.

On Wednesday, May 4, 2016, the DNA results confirmed that Keon Bailey was the sole suspect responsible for the deaths of Louis and Rose Giuntini.