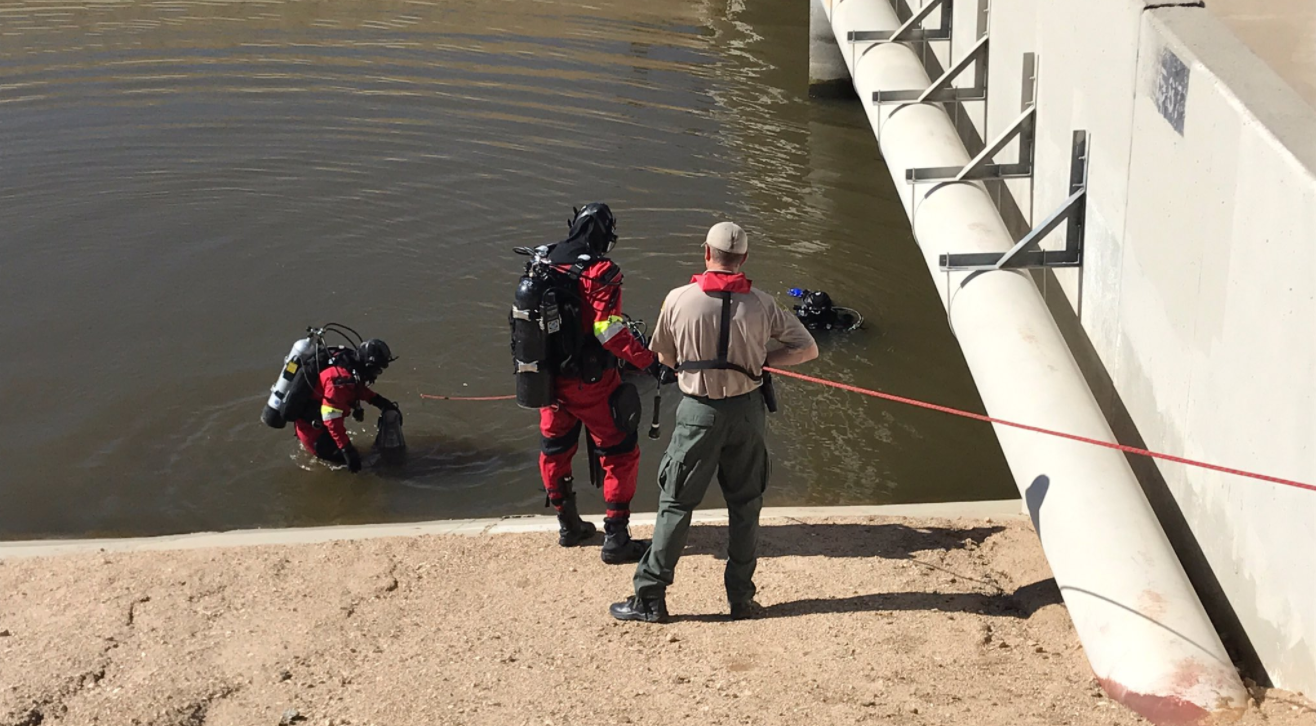 The recovery effort has been underway since about 8:00 a.m. Friday to find 2-year-old Noah Abbott who’s been missing since Thursday night’s tragic accident.

According to a press release, the search began just north of the Main Street bridge and moved south. Dive Team members have searched over one mile of the 6-mile aqueduct.

At approximately 2:00 p.m., the search was suspended for the day. The search will continue Saturday morning at about 8:00 a.m., south of the Main Street bridge.

On Friday, at about 6:43 p.m., Christina Eileen Estrada, 31, was driving her red convertible VW Bettle westbound on Main Street along with her three children 2-year-old Noah, 3-year-old Jeremiah, and 10-year-old Elijah Estrada.

For reasons still unknown, as the vehicle approached the California Aqueduct it crashed through metal guard rail fencing and plummeted into the frigid waters.

Elijah was located in the water holding onto floatation buoys that cross from one side of the aqueduct to the other. A couple of good Samaritans assisted in bringing the child to safety. Elijah remains hospitalized but is reported to be in stable condition.

Divers continued to search for 2-year-old Noah who authorities believe was strapped to a car seat at the time of the crash.

Two separate Gofundme accounts have been set up to help the family with funeral expenses.

Those wishing to donate may do so by clicking either of the following links:
–Abbott Family Funeral Expenses

Deputies from the Major Accident Investigation Team are investigating the incident. There is nothing to suggest that this is anything other than a very tragic accident.