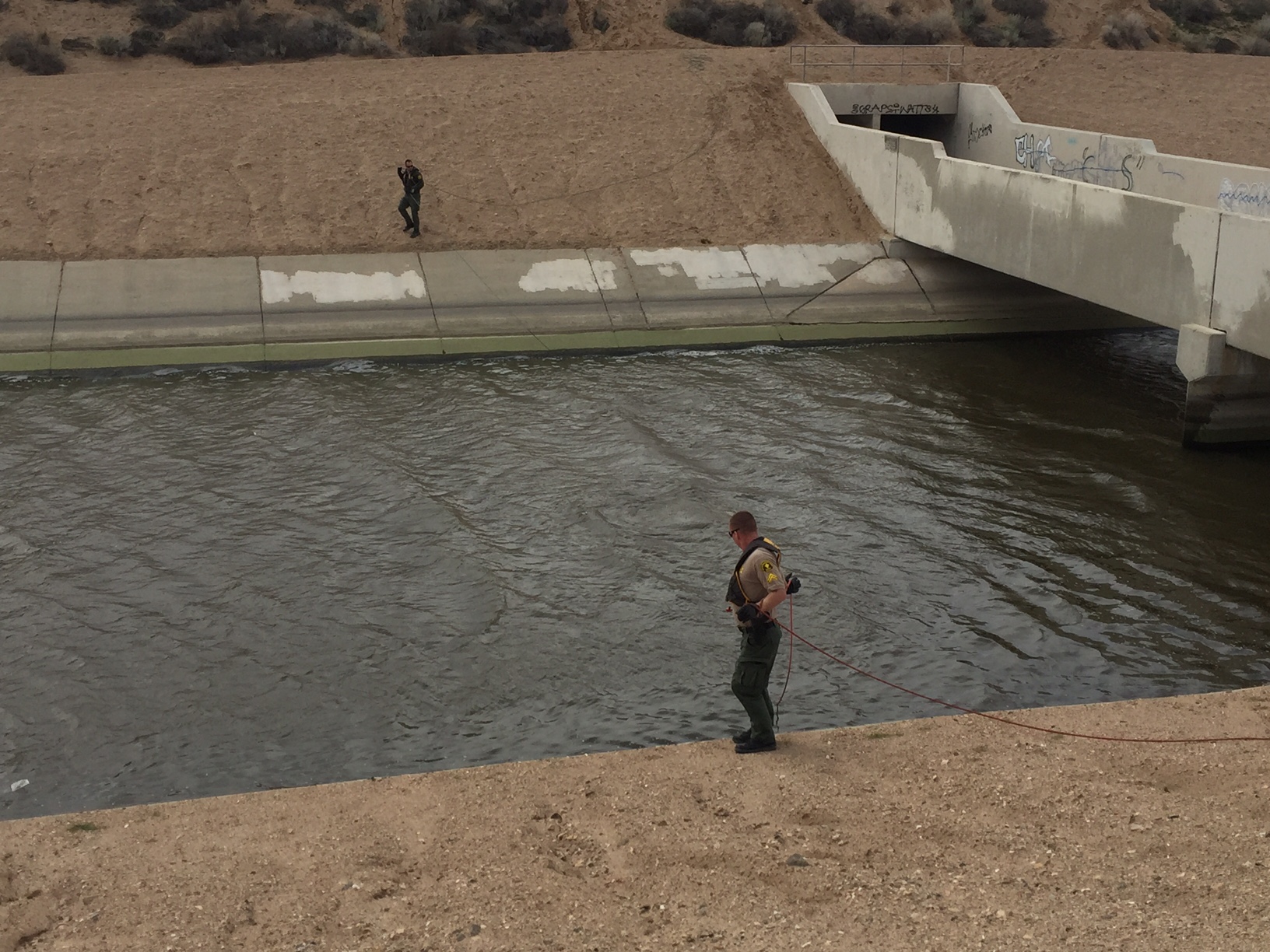 HESPERIA, Calif. (VVNG.com)- Authorities announced that the search for 2-year-old Noah Abbott has concluded as of Saturday evening.

Since about 8:30 a.m., Dive Team members have actively continued to search for Noah Abbott in the aqueduct with zero visibility.

Dive Team members searched south of the Main Street Bridge with four dive team members in the water and one on each side of the aqueduct guiding the divers forward, according to a Sheriff’s news release.

At approximately 2:00 p.m., the divers were removed from the water due to unsafe conditions (water pressure/current pressure was returned to full flow).

Since the collision on the evening of March 2nd, the underwater search has spanned, north of the Main Street bridge, all the way south to Maple Avenue. Dive Team members covered an area of 2.5 miles of the 7-mile aqueduct. Sheriff’s Aviation Patrol helicopter has assisted dive team members during the search.

Unfortunately, Noah has not been located, and the search in the aqueduct has concluded.

Deputies assigned to the Hesperia Police Department will continue to patrol the roadway that runs parallel to the aqueduct. Patrol deputies will immediately contact Dive Team members if there is a sighting.

The Sheriff’s Department Dive Team is comprised of highly trained Deputy Sheriffs who are committed to serving the families of such tragedies. Team members worked tirelessly and take it personally when they are not able to complete their mission.

Elijah Estrada has been released from the hospital and is continuing to recover at home with his family.