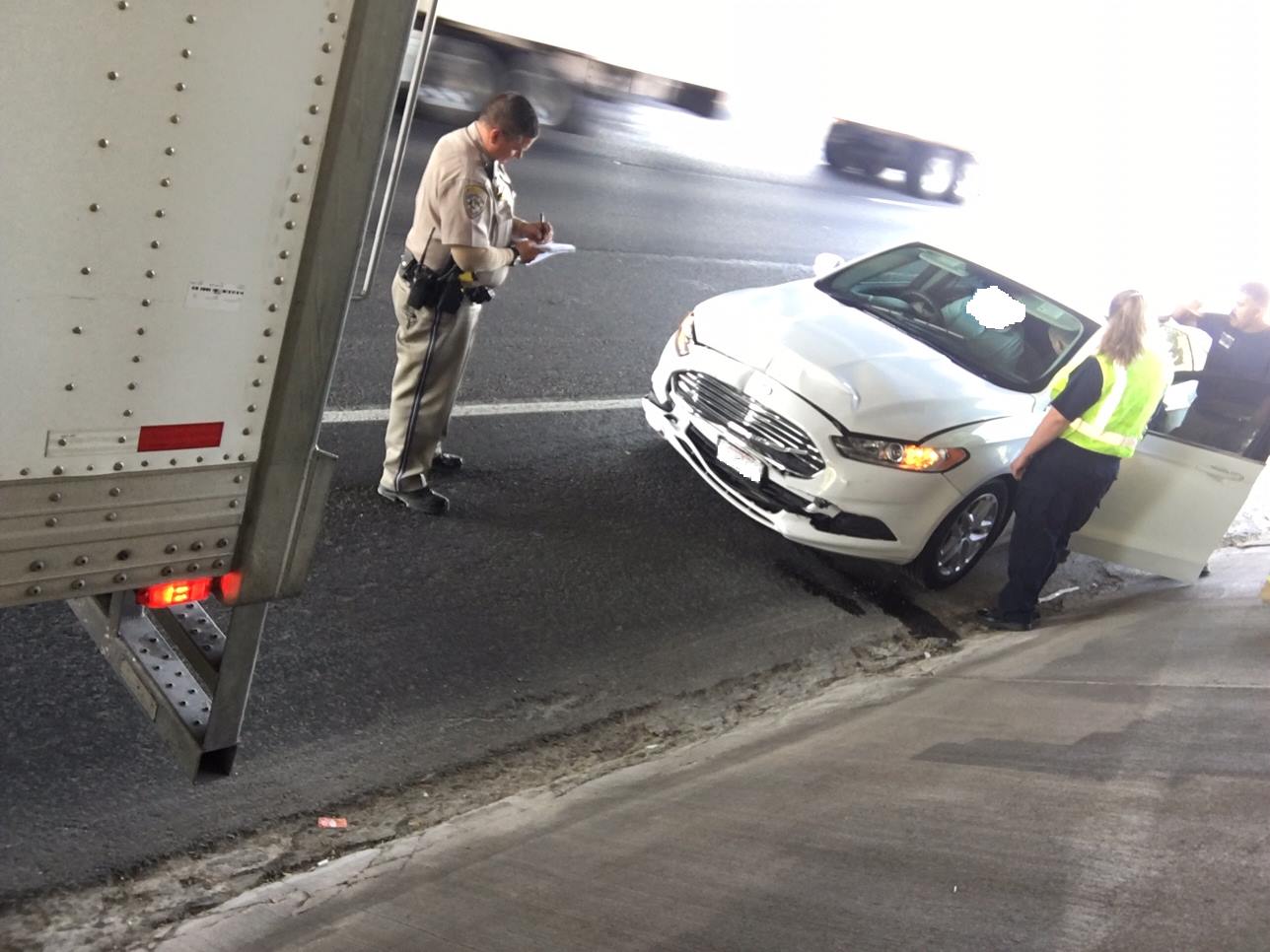 VICTORVILLE, Calif. (VVNG.com) A distracted driver was transported to a local hospital after crashing into the back of a tractor-trailer Tuesday, officials said.

Officers with the California Highway Patrol were alerted to reports of a possible drunk driver on the southbound I-15 freeway. Moments later, they were dispatched to a crash involving a vehicle into the back of a semi near Mojave Drive.

According to CHP officials, “the driver of the suspected DUI vehicle called 911 and related he was “Fooling with his radio, and crashed into the back of a truck”.

Officer Braughton from the Victorville CHP office responded to investigate the collision before the driver was taken to the local hospital to be treated for the injuries he sustained as a result of this collision.

The California Highway Patrol reminds the public how dangerous distracted driving can be.

[box type=”warning” align=”aligncenter” class=”” width=””]DISTRACTED DRIVING can be anything from using your cell phone, eating, doing your make up, or in this case fooling with your radio. This driver was fortunate enough to only receive minor injuries, but it could have very well been more serious and caused a serious injury or death as we all have seen too many times. Please use common sense while performing any task while driving a vehicle, as that takes an enormous amount of attention in itself.[/box]

The National Highway Traffic Safety Administration (NHTSA) reports that 71 percent of young people admit to sending a text while driving. Furthermore, 10 percent of all drivers ages 15 to 19 involved in fatal collisions were reported as distracted at the time of the collisions. The NHTSA reports that 3,477 people were killed and an estimated 391,000 injured in motor vehicle collisions involving distracted drivers in 2015. That is a 9 percent increase in fatalities as compared to the previous year.