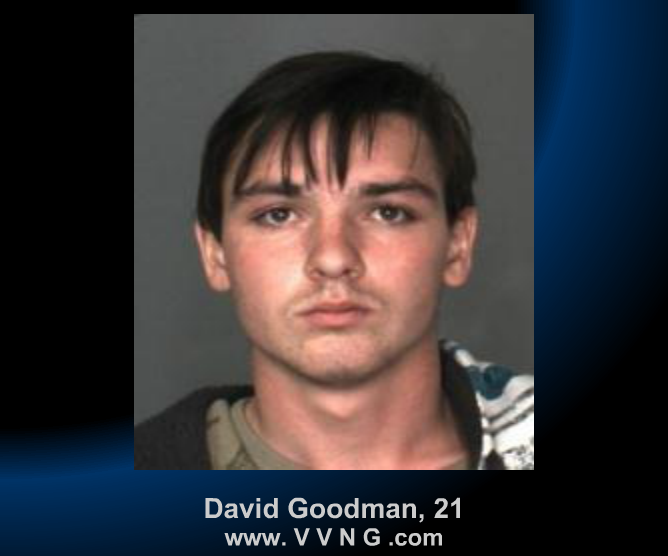 YUCAIPA:(VVNG.com)- A 21-year-old male from Banning has been arrested for committing Lewd Acts with several young children and is currently being held on $250,000 bail. The suspect identified as David Goodman is an employee at Disneyland and has worked there since approximately August 2014.

Deputies responded to the residence located on the 13000 block of 3rd Street in Yucaipa and made contact with the male suspect later identified as David Goodman. The deputies notified their Watch Commander, who contacted detectives from the Crimes Against Children Detail.

According to authorities, on Friday, December 19, 2014 detectives from the Crimes Against Children Detail, and personnel from the Highland Sheriff’s Station made contact with the six and nine-year old male victims, the five-year old female victim, and the male victim’s mother. The victims all disclosed sexual abuse by David Goodman on the December 19, 2014 and on at least two prior occasions within the last several months.

Goodman is scheduled for court on January 2, 2015 in San Bernardino Superior Court.

The investigation is ongoing and anyone with information is encouraged to call the Crimes Against Children Detail, Detective Jennifer Burkhart at (909)357-3615.