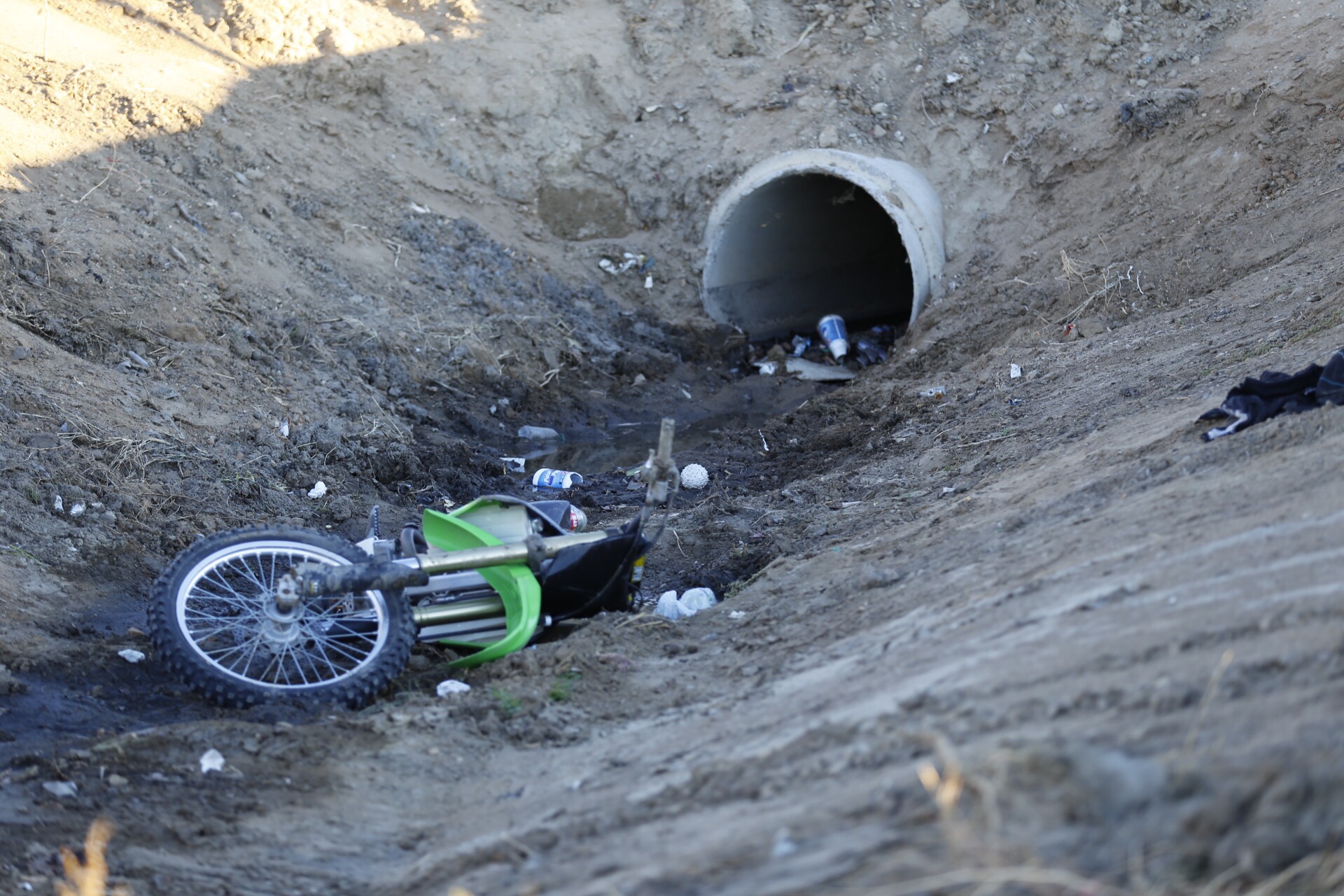 VICTORVILLE: An unidentified male was transported by air ambulance after sustaining injuries when his dirt bike crashed into a drainage ditch.

Dispatch received the call just before 4:00 p.m., on Monday reporting a downed motorcycle rider. The rider was wearing his safety gear. A glove and boot were left behind near the site of the crash.

The accident occurred on Mojave Drive between Amethyst and West Trail. It appears no other vehicles were involved and at this time the exact cause of the accident is unknown.

The victim was taken by ground ambulance to a nearby landing zone where he was airlifted to an out of area trauma hospital. His condition is currently unknown.