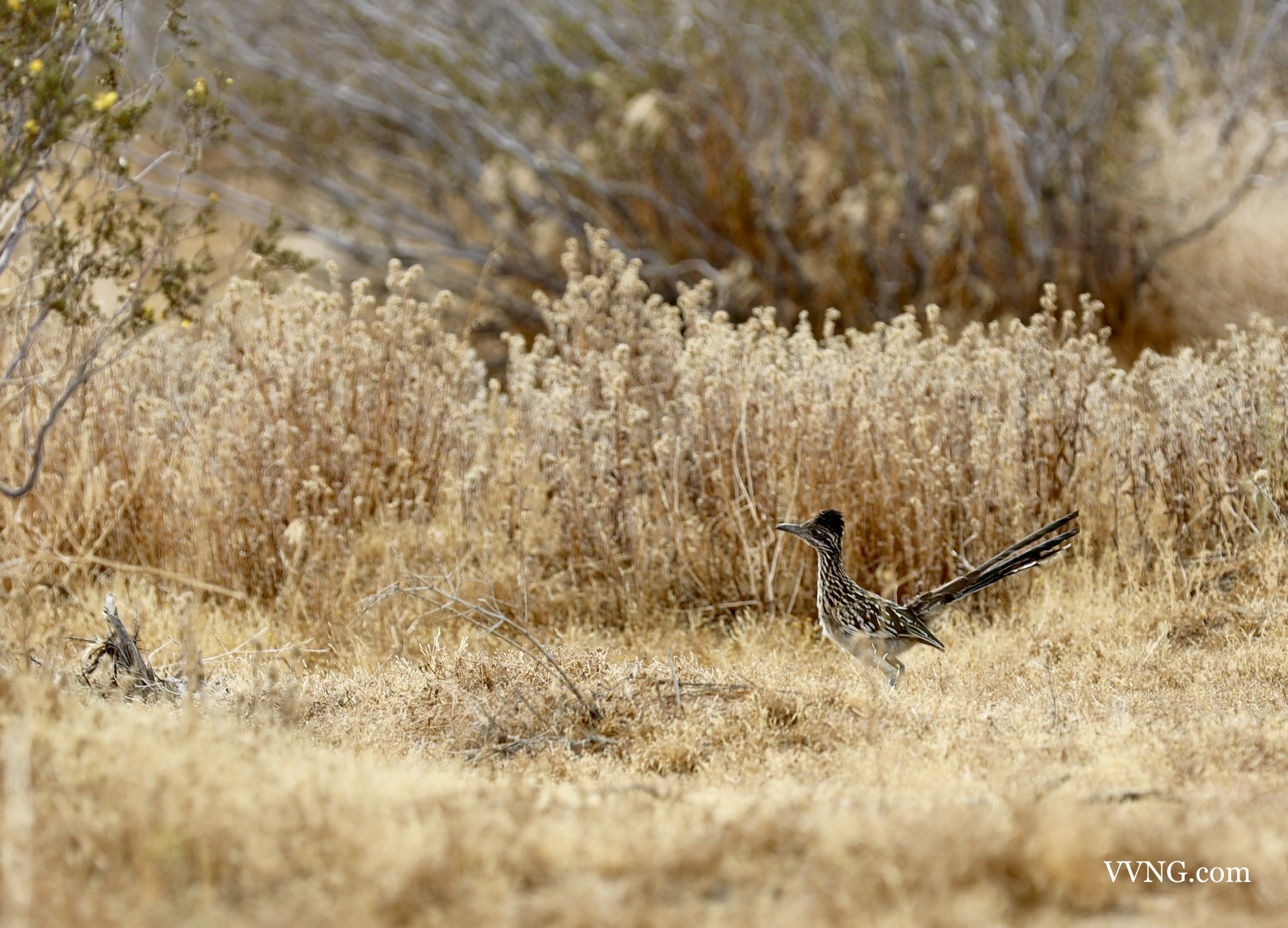 VICTOR VALLEY, Calif. (VVNG.com) — In addition to the beautiful skies, colorfully painted sunsets, and the vast open and naturally landscaped desert our region offers, it’s important to also remember our co-habitant; the Roadrunner.

These unusual, but fascinating birds are sadly becoming scarcer as the Victor Valley develops into a more populated area.

When Victor Valley News photographer, Gabriel Espinoza, saw two of them running across a road in Victorville he immediately pulled over to grab a photo to share with the community.

“Its not too often I get to see one myself, so seeing two of them running in front of me was pretty cool,” Espinoza stated. “I was able to grab the photo of one before it darted off.”

These birds are part of the Cuckoo family and enjoy the desert climate. They earned their name because of their habit of running towards cars on roads.

They can fly, although poor at it, are poor at flying, it helps them catch hummingbirds in the air and rattlesnakes.

Roadrunners can reach speeds of 18-20 miles per hour, which allows them to catch hummingbirds in the air and rattlesnakes between strikes.

After grabbing the snake by its tail, the Roadrunner will repeatedly strike it against the ground until it’s dead.

To learn even more about the Roadrunner visit the following link: Why do roadrunners disappear from the desert each winter?