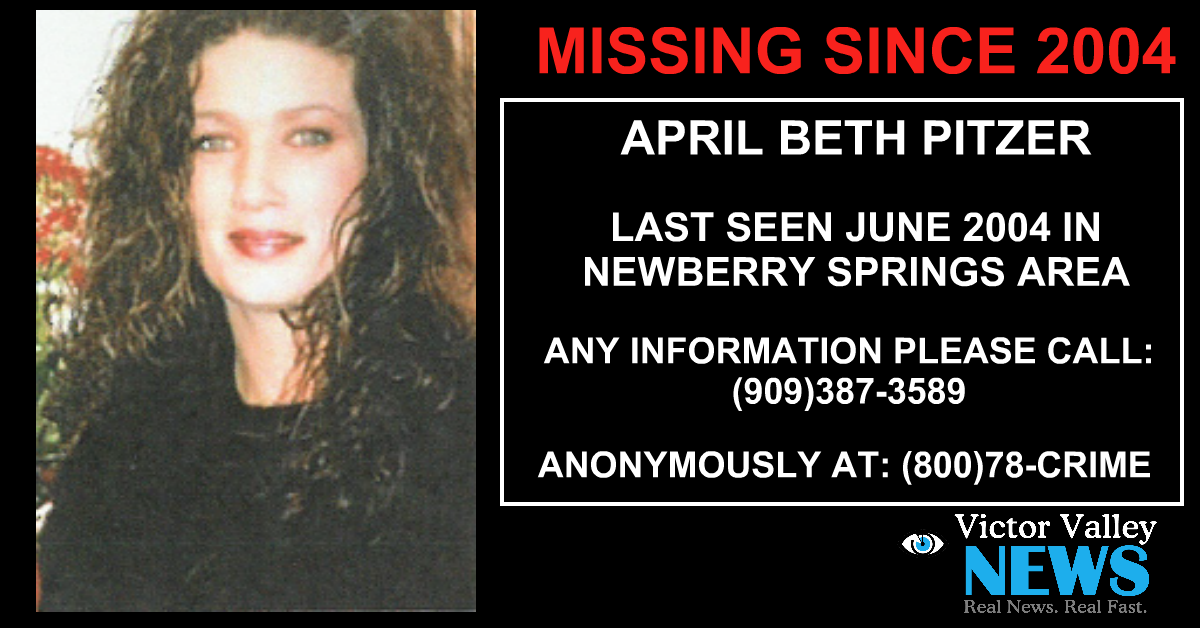 BARSTOW, CA:(VVNG.com)– Detectives are turning to social media in hope’s to locate a woman who went missing in 2004.

April Beth Pitzer was last seen near the end of June in 2004 in Newberry Springs.

Authorities say April informed her friends that she was going back to her home state of Arkansas to live with her mother. That was the last time anyone ever seen or heard from her.

At the time that April was reported missing, numerous searches were conducted in and around the area of Newberry Springs by ground and aerial support.

April is described as a white female, 5’9″, 130 lbs., shoulder length brown hair, with hazel eyes. She also has scars on the inside of both forearms, vertical scar on lip, scar across the abdomen, and missing upper teeth.

Anyone with information regarding April is urged to contact Detective Mark Goodwin at (909)387-3589. If you wish to remain anonymous, please contact: WeTip (800) 78-CRIME