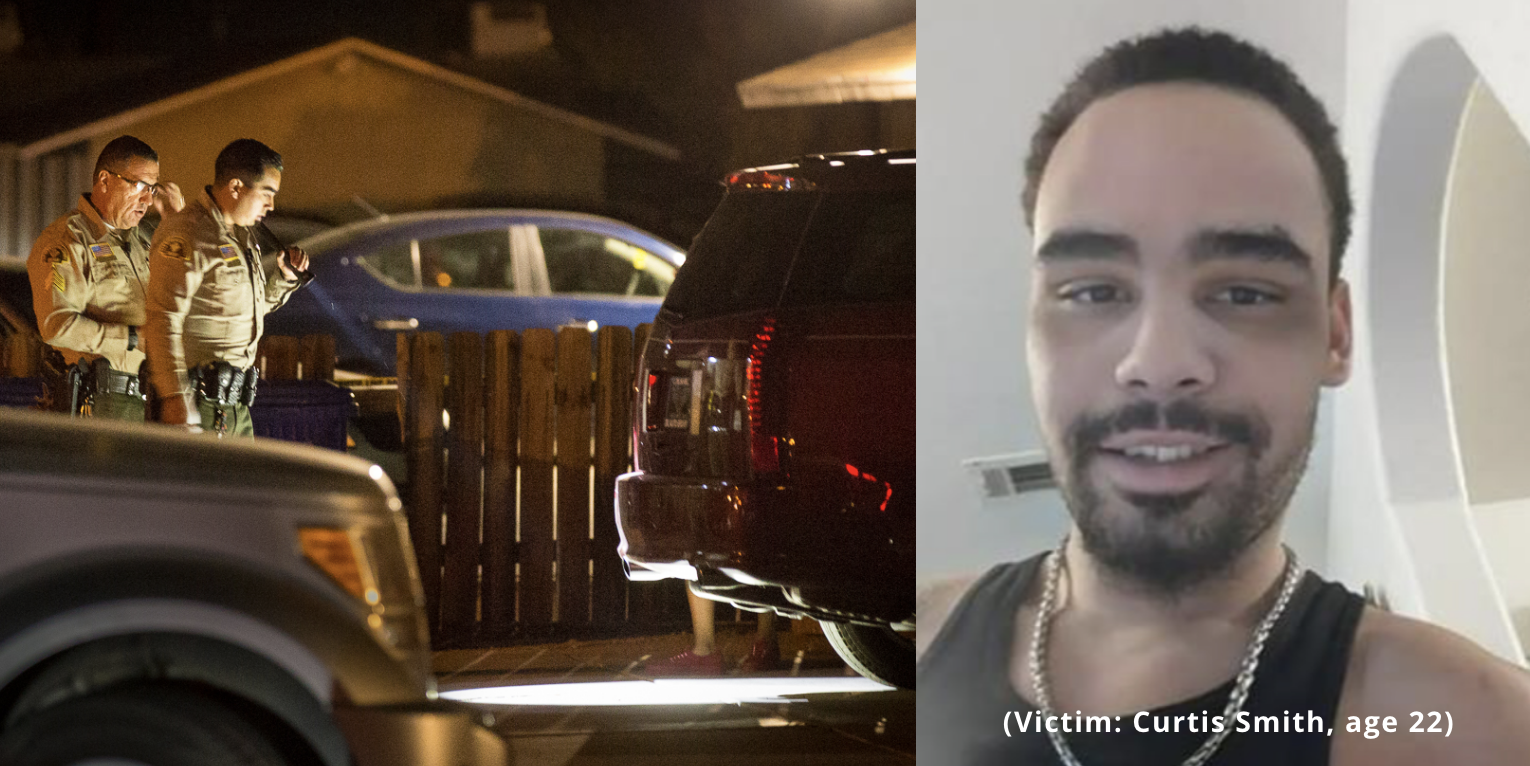 According to new information released on March 6, 2019, investigators have learned the victim, Curtis Smith, 22, of Apple Valley, was shot by two black males in their 20’s who fled the location in a white SUV following the robbery.

The murder happened on August 21, 2018, when deputies responded to 911 calls reporting a disturbance and a shooting at a duplex in the 20200 block of Thunderbird Road.

Investigators are asking anyone with information regarding this shooting to contact the Homicide Detail, Detective Bruce Southworth at (909)387-3589. Callers can remain anonymous and contact WeTip at (800)78-CRIME or www.wetip.com.