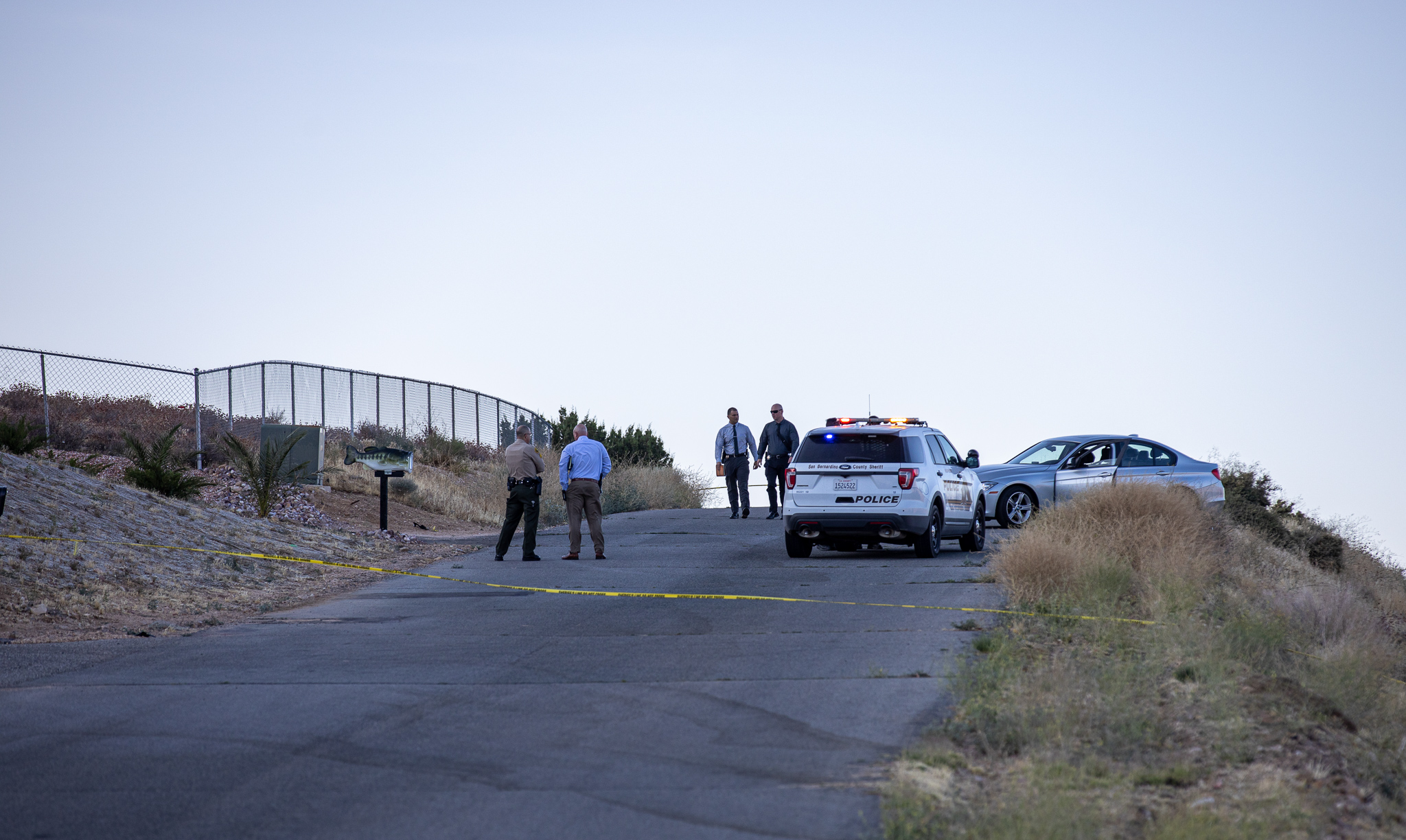 HESPERIA, Calif. (VVNG.com) — A man and a woman were found shot dead across from Hesperia Lake on Monday evening.

On July 8, 2019, at about 5:20 pm, San Bernardino County Fire were dispatched to a gunshot victim call in the 7500 block of Outer Arrowhead Lake Road in Hesperia.

Scanner traffic reported there were two shooting victims at the location and first responders were asked by deputies to stand-by before entering the scene.

Firefighters were cleared in and confirmed two people deceased at the location.

Crime scene tape was placed surrounding a 2014 silver BMW that was partially over the edge on Arrowhead Lake Road.

A Victor Valley News Group reporter at the scene said the door to the BMW was open and the body of a female was slumped over in the driver seat. However, it’s unclear where exactly the second deceased person was located.