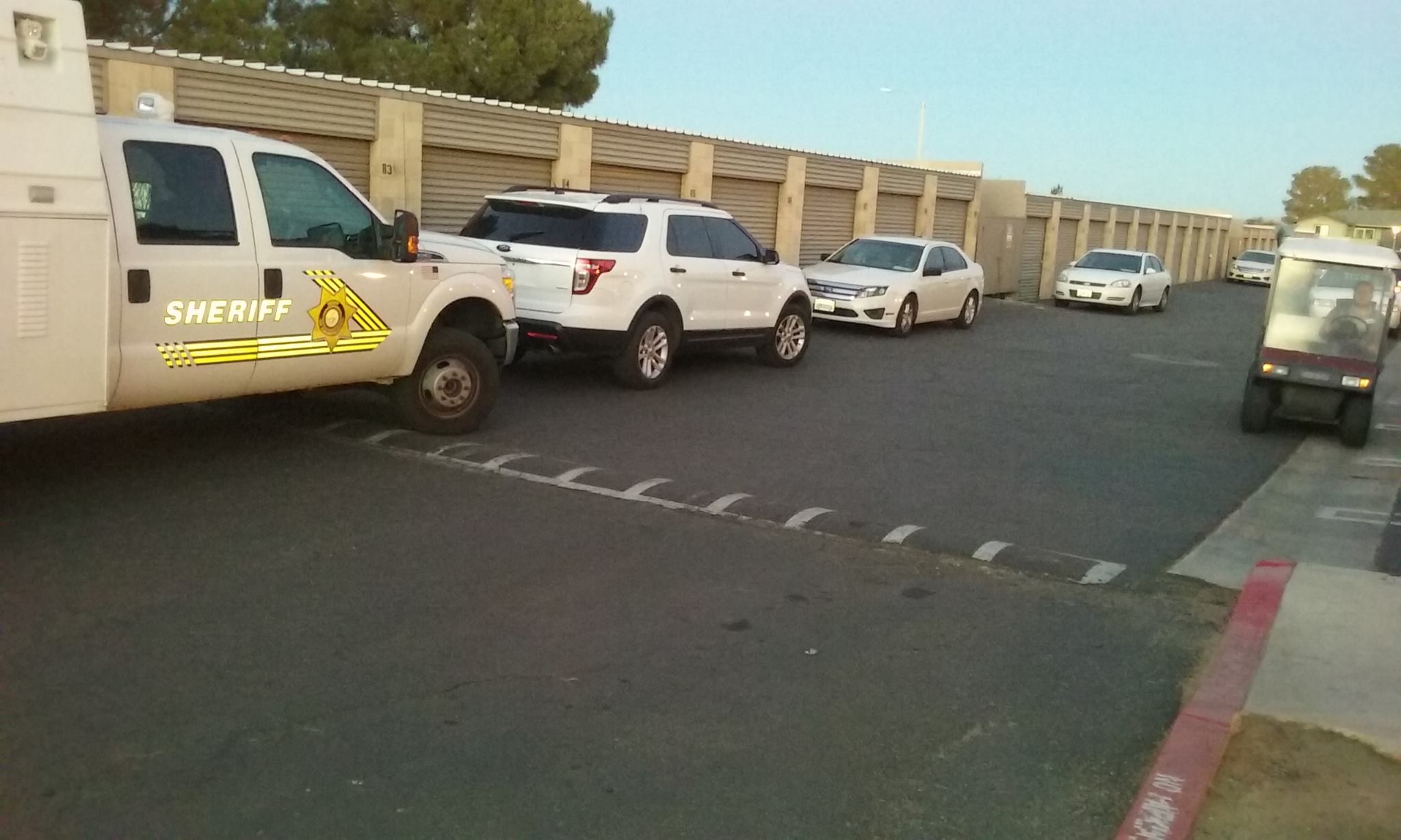 VICTORVILLE-(VVNG.com):  The San Bernardino County Sheriff’s Department began a Homicide investigation at an apartment complex on the corner of Begonia and El Evado Roads Monday afternoon. Sheriff’s officials told Victor Valley News on Monday evening, that units were working on a death investigation on the 14400 block of Begonia Road.

The investigation appeared to be focused on a lower floor apartment home in the “K” building of the complex. Several unmarked vehicles, marked patrol vehicles, and a CSI truck  remained on the scene for several hours.

Sheriff officials said that the investigation was ignited after a 77-year-old woman was reported to be deceased in the home. Upon arrival of deputies from the Victorville station as well as medical personnel, the woman identified as Victorville resident, Shirley Stewart was confirmed to be deceased.

Through investigation, detectives arrested 26-year-old, Terrence Marzet Scott on Tuesday afternoon for the murder of Shirley Stewart. Scott was transported to the High Desert Detention Center and is being held without bail.

Friends and neighbors say that Stewart was a kind woman who always took the time to make someone feel special, always being  pleasant and never judging anyone. “She was the sweetest! I had the privilege to live next to her I’m devastated by the news. I couldn’t believe someone would hurt her,” commented neighbor, Maria A. Serrano.

Scott has a criminal history that includes buying or receiving stolen property, possession of cocaine, possession of a controlled substance and indecent exposure. He was sentenced to probation in all cases but later served time due to probation violations. He was released from jail on February 3, 2015, after an unsuccessful completion of probation, per court records. He is scheduled for an arraignment hearing on Thursday, February 11th.

The investigation is ongoing and no further details are available for release at this time.

Anyone with information regarding this investigation is urged to contact the Homicide Detail, Detective Nick Hartleben or Sergeant John Gaffney at (909) 387-3589. Callers wishing to remain anonymous are urged to call the We-Tip Hotline at 1-800-78-CRIME (27463) or you may leave information on the We-Tip website at www.wetip.com.

Victorville man arrested on suspicion of murdering a 77-year-old Victorville woman in her home.