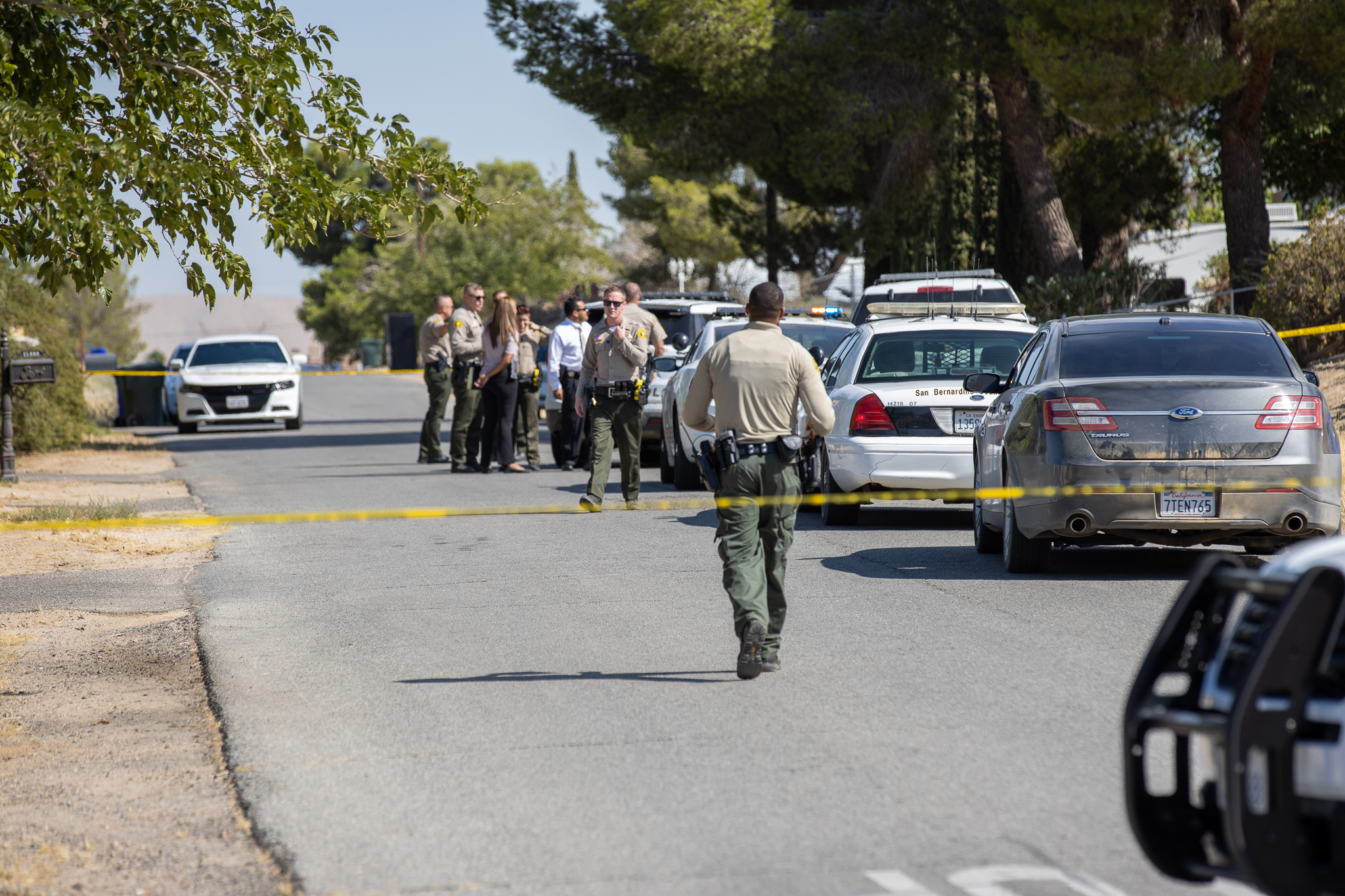 It happened only 6 miles away from the first deputy-involved shooting and less than an hour apart in the same city.

“The SBSD is investigating two unrelated deputy involved shootings in Victorville. 1st-13000 block Cabazon Ct. (and the second shooting on the ) 15000 block Heatherdale Rd. Both are ongoing investigations,” the Sheriff’s Department announced in a Tweet.

“Single suspect in each incident, both struck by gunfire and transported no one outstanding,” officials wrote.

A stretch or Heatherdale Road near Eto Camino is closed for an investigation.