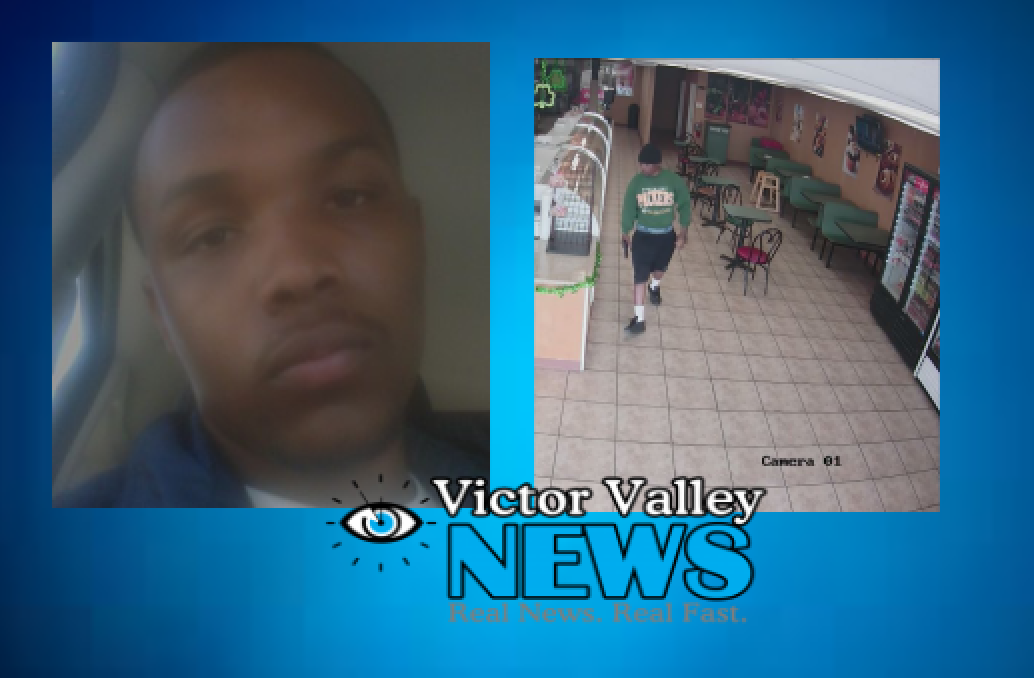 APPLE VALLEY-(VVNG.com):  After the heart-wrenching murders of the well-liked elderly Apple Valley couple, Louis and Rose Giuntini on February 28th or 29th residents were in fear for themselves and their loved ones. Soon after the murders of the couple in their 90’s, a second elderly woman was targeted at her home as she returned home from church just before noon on Sunday, March 6th.

Fear in the community grew, along with Anger, so many wondered how anyone could target the elderly. The San Bernardino County Sheriff’s officials were tight-lipped, even hesitating to connect the two attacks on the elderly until March 10th when they released information regarding a “person of interest” in the case.

Although evidence is still pending scientific determination, Sheriff’s officials linked not only the two crimes to 20-year-old Lancaster parolee, Keon Lamon Bailey but also an armed robbery at Neils Donuts and an additional attempted armed robbery at a Torrance Jewelry store.  The Torrance Jewelry store robbery ended up being the demise of Bailey when the store owner, in order to protect himself, his employees, his customers, and his store opened fire on the armed robber killing him on March 8th. The robber was later determined to be Bailey.

The information about the sequence of events answered some questions, but still brought no answers to why someone would commit such atrocious crimes. “Steve Mandalay said on a Victor Valley News article, “This poor store owner is going to have to live with the fact that he took a human life and rightfully so. We should all be sending him thank you cards for the lives of those he saved had he not acted as he did.” The sentiment was shared by many and when a woman, Tiana Bailey posted on Facebook claiming to be his wife and mother of his child requesting donations and planning a candlelight vigil many gained increased anger regarding the situation.

The sentiment was shared by many and when a woman, Tiana Bailey posted on Facebook claiming to be his wife and mother of his child requesting donations and planning a candlelight vigil many gained increased anger regarding the situation. Many took to Facebook attempting to gain answers in what was made public on his and his wife’s Facebook pages, which both, until recently were public. The postings led some to wonder if the behavior was learned or even possibly being taught to his young son. One photo showed his young child holding a small dog in a manner that would make most parents run to the aid of the small animal and teach the child proper handling of a pet. The wife snapped the photo and Keon Bailey along with other Facebook friends  “liked” the photo.

The San Bernardino County officials said that Bailey was just released on parole on February 18, 2016, just days before the crime spree that ultimately led to his demise. Bailey had an extensive criminal history which included burglary, possession of stolen property, rape, grand theft, trespassing and sexual battery. His most recent run-in with the law was his burglary and receiving stolen property conviction, where he served around 21 months at a California Institution for Men.

Bailey was last charged in May 2014 for a string of residential burglaries, but as part of a plea bargain, the original nine counts of burglary and two counts of possession of stolen property were reduced to just one count of burglary where he received a four-year sentence and two counts of possession of stolen property where he got a year each. The two sentences ran concurrently,  Bailey who was scheduled to serve up to 4 years got out in less than a year when time served and with conduct credit were deducted.