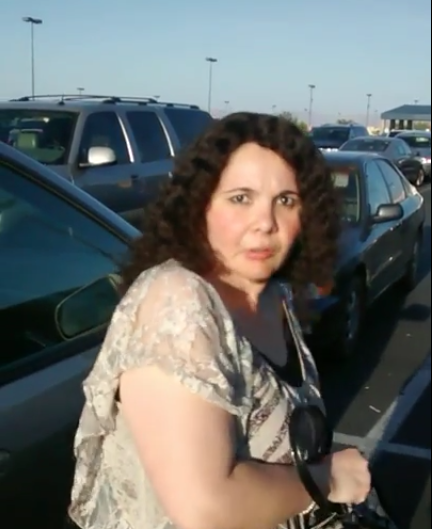 VICTORVILLE-(VVNG.com): Despite rumors that surfaced due to a misleading news headline, the mother recorded hitting her child with the Ipad-like tablet may still face charges. “This case is still open, despite the headline that ran today,” said San Bernardino County District Attorney’s Spokesman, Christopher Lee.

In the afternoon of April 3rd, a concerned citizen saw a woman roughly handling her crying child and recorded the actions that followed. The shocking video, taken at the Kohls located at 14305 Bear Valley rd. surfaced on Victor Valley News Facebook group that same evening.

The video that showed tears roughly wiped from the small 3-year-old boy’s eyes, by his mother, identified as 39-year-old social worker for the San Bernardino Transitional Assistance Department, Yvonne Camargo. The woman continued to roughly handle the child while placing him into his carseat. After placing him in his seat she again roughly wipes the tears from his eyes, grabs a iPad-like tablet and hits him in the face with it.

When approached by the witnesses during the recording the woman, who is a mandated reporter for child abuse, appeared shocked. The video was reported to law enforcement quickly after it was shared on Facebook.

A deputy went to the home of Camargo at approximately 9:00 pm on April the 3rd, and conducted a criminal interview and after examining for injuries on the child notified Children and Family Services.

According to the Legislative Analyst’s Office (https://www.lao.ca.gov/), abuse in the state of California is defined by the following criteria:

Physical abuse is bodily injury inflicted by other than accidental means on a child, including willful cruelty, unjustifiable punishment, or corporal punishment.

Emotional abuse is non-physical mistreatment, resulting in disturbed behavior by the child, such as severe withdrawal or hyperactivity. Emotional abuse includes willfully causing any child to suffer, inflicting mental suffering, or endangering a child’s emotional well-being.