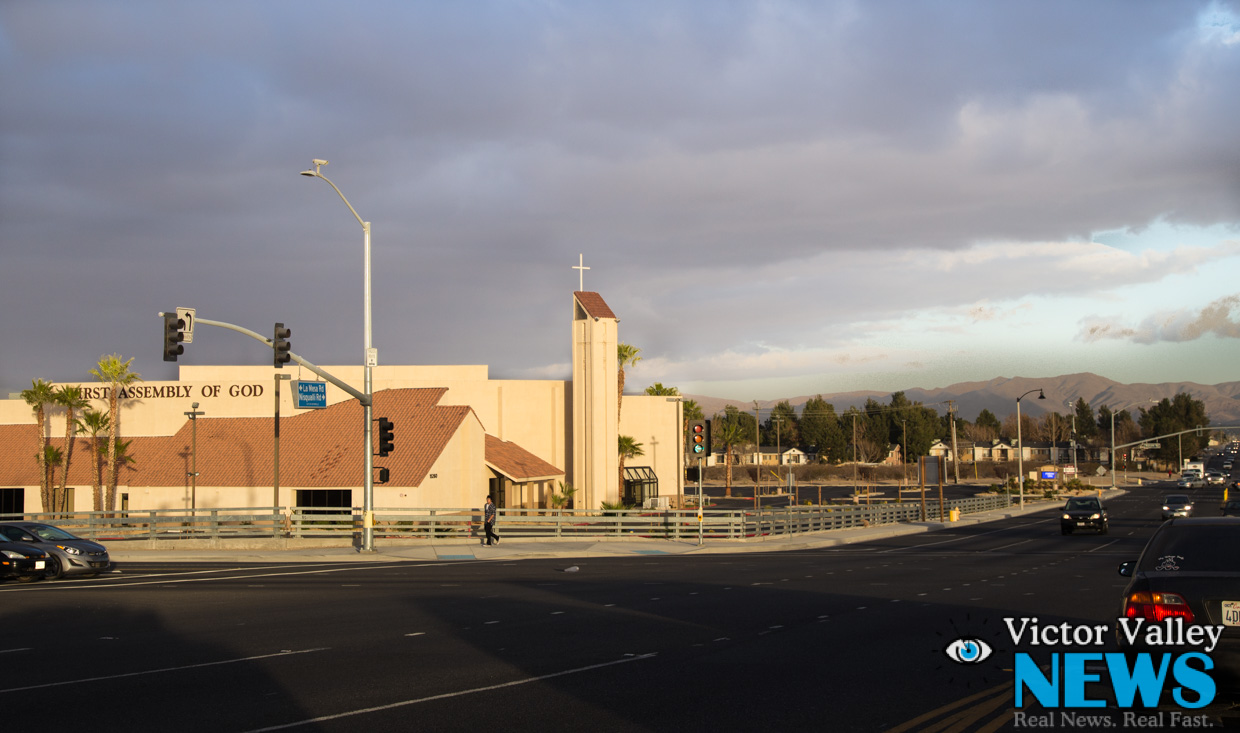 Staff members received over 100 letters in stiff opposition to a phased development plan that is seeking a conditional use permit for a fueling dispensary and to serve alcohol.

Expected to generate $25 million in taxable sales annually, the 24-hour “upscale neighborhood market” will be approximately 7,250 square feet, sitting on 2.5 acres of land on the northeast corner of Balsam Road and Nisqualli Road.

That is over three times the size of a typical convenience store that would be associated with fueling facilities.

The concept is known as “beyond” and is said to include a Fat Burger, Thrifty Ice Cream counter, buffalo wings, fresh deli sandwiches, specialty coffee, a car wash, fresh produce and many other products associated with a standard marketplace.

Nearly twenty parishioners of the First Assembly of God Church, located at 15260 Nisqualli Rd, voiced their concerns at the December 14th meeting.

“Loitering is a typical issue around gas stations,” said Lead Pastor John Martin, who has already needed to hire 24/7 physical presence around the church to combat vandalism and theft on the premises.

The Church also owns property on the corner of Balsam and Nisqualli that is undeveloped and sits adjacent to the proposed facility. Martin said they also had the opportunity to build a gas station on their site, but due to ethical and moral issues, they declined the idea.

As said by city staff, the Victorville Police Department recommended approval of the project, “we have received feedback from the police department noting that the site is not in an excessive crime area at this point, and they did not feel that the plan would increase crime in the area or create a law enforcement issue,” the commissioning staff said.

“To say we are not in a crime area is not true,” said Pastor Josh Gerbracht, the Apple Valley campus pastor, “as a parent and a pastor at the church I’m asking to please oppose allowing this conditional use permit to go forward.”

Current state law limits the issuance of new licenses in geographical regions defined as high crime areas or in areas of “undue concentration” of retail alcohol outlets. However, the law also states these restrictions can be sidestepped in specified circumstances when the state ABC or the local jurisdiction makes a determination that the applicant license proves that the proposed outlet would serve “public convenience or necessity” (PC or N).

Amongst the last member of the community to speak was Mark Taylor, vice chairman of the church board, who fears Victorville will become saturated by facilities selling alcohol, such as the 2-mile stretch of Main Street in Barstow that has 27 active liquor licenses to sell alcohol.

“We don’t support the proliferation of alcoholic outlets under the guise of necessity or convenience simply because we’re not paying attention; we urge you to do the right thing, deny this project or deny the petitioner’s application for the sale of alcohol.”

The public speaking portion of the meeting was closed with final words from the applicant saying “we find that if we don’t offer beer or wine sales in our stores, customers will go to a store where they can get everything they want, and therefore we lose the associated food sales, gas sales, or any other service or good they want to purchase in our store if we don’t offer the full amenities of what they want.”

The Planning Commission motioned to approve the project with a 2-1 vote, with Commissioner Paula Porter and Rob Kurth in favor, and Lionel Dew opposing the agenda. Commissioner Larry Huber was absent from the meeting, and Bob Wilson recused himself from voting citing the fact that he made recent contributions to the Church.

The site of the proposed marketplace and fueling station will sit between First Assembly of God and the Mountain Vista Apartments.

Remember: Christmas Trees Can Burn Your House Down