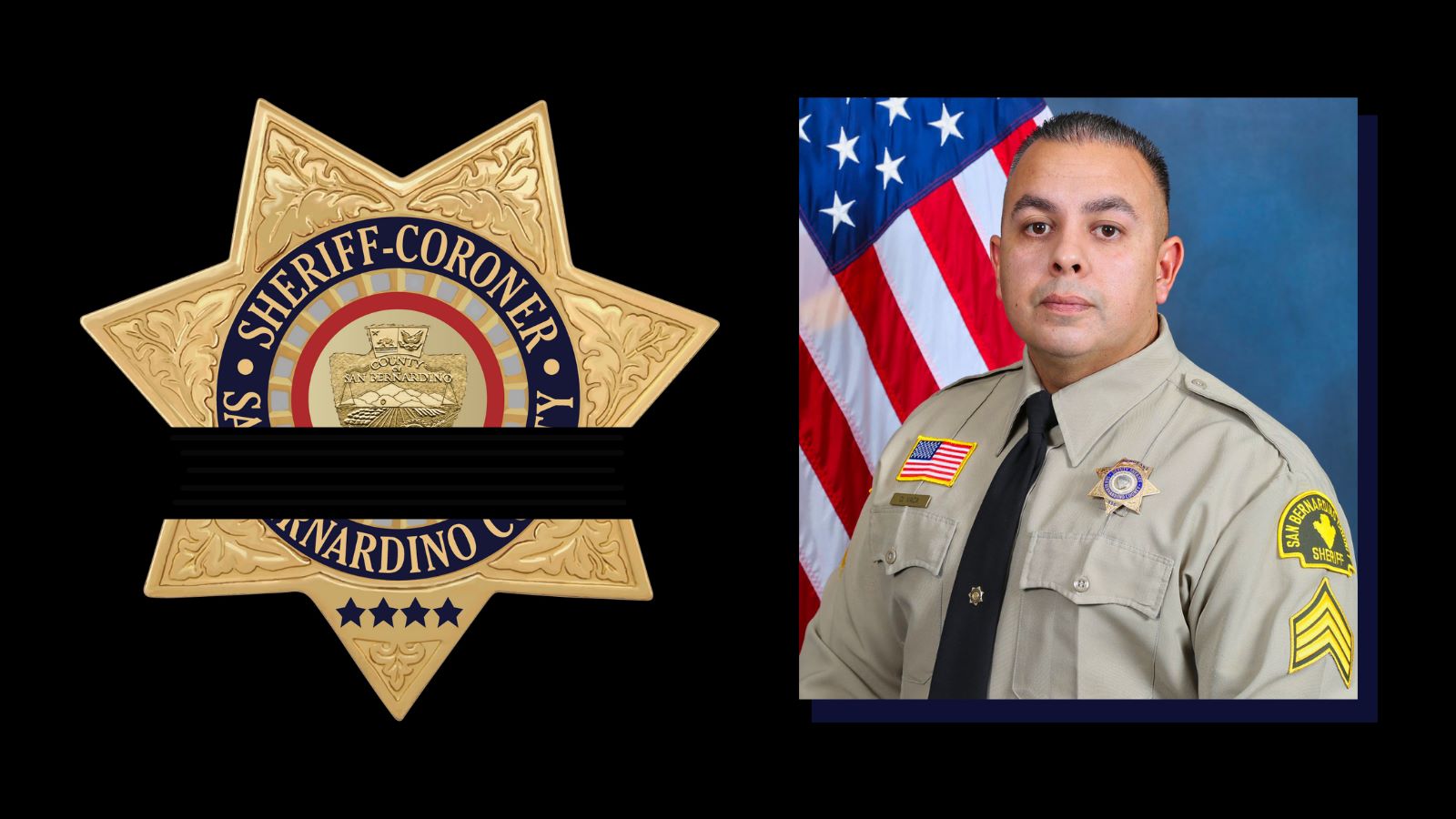 “It is with great sadness and heavy hearts that we report the passing of Sergeant Dominic Vaca, from the Morongo Basin Station. He served the community with pride and professionalism and will be missed by many,” stated the department.

“It’s my sad duty that despite the heroic lifesaving measures of the staff at the hospital, Sgt. Dominic Vaca, 43, and 17-year-veteran of the sheriff’s department has succumbed to his injuries. The gunshot wound he sustained earlier today, was too severe for him to overcome. Our prayers are with him and his family as we all mourn this difficult time.”

Sergeant Vaca was assigned to the Morongo Basin Station.

“On behalf of District Attorney Jason Anderson and the men and women of the San Bernardino County District Attorney’s Office, we extend our deepest sympathies to the family, friends, and colleagues of Sgt. Vaca.”

It is with great sadness that we announce the passing of Sergeant Dominic Vaca. pic.twitter.com/VCqSX7YfhF

YUCCA VALLEY, Calif. (VVNG.com) — Sheriff McMahon said the deputy shot by a pursuit suspect remains in the hospital and in critical condition.

During a Monday evening press conference from what appeared to be the inside of a hospital room Deputy McMahon provided additional details into the shooting.

On Memorial Day Monday, May 31, 2021, deputies assigned to the Morongo Basin Station were conducting extra patrol enforcement for Off Highway vehicles.

Deputies observed a male subject on a street-legal motorcycle and attempted a traffic stop for no license plate in the area of Paxton Road and Imperial Drive.

The driver of the motorcycle fled the scene and a pursuit ensued. During the pursuit, the suspect foot bailed in the area of Dumosa and Sunnyslope & ran into the desert.

The suspect shot at responding deputies and the deputies returned fire. The suspect was pronounced deceased at the scene and a handgun was located nearby, officials said.

Detectives with the Specialized Investigations Division are on scene conducting the investigation.