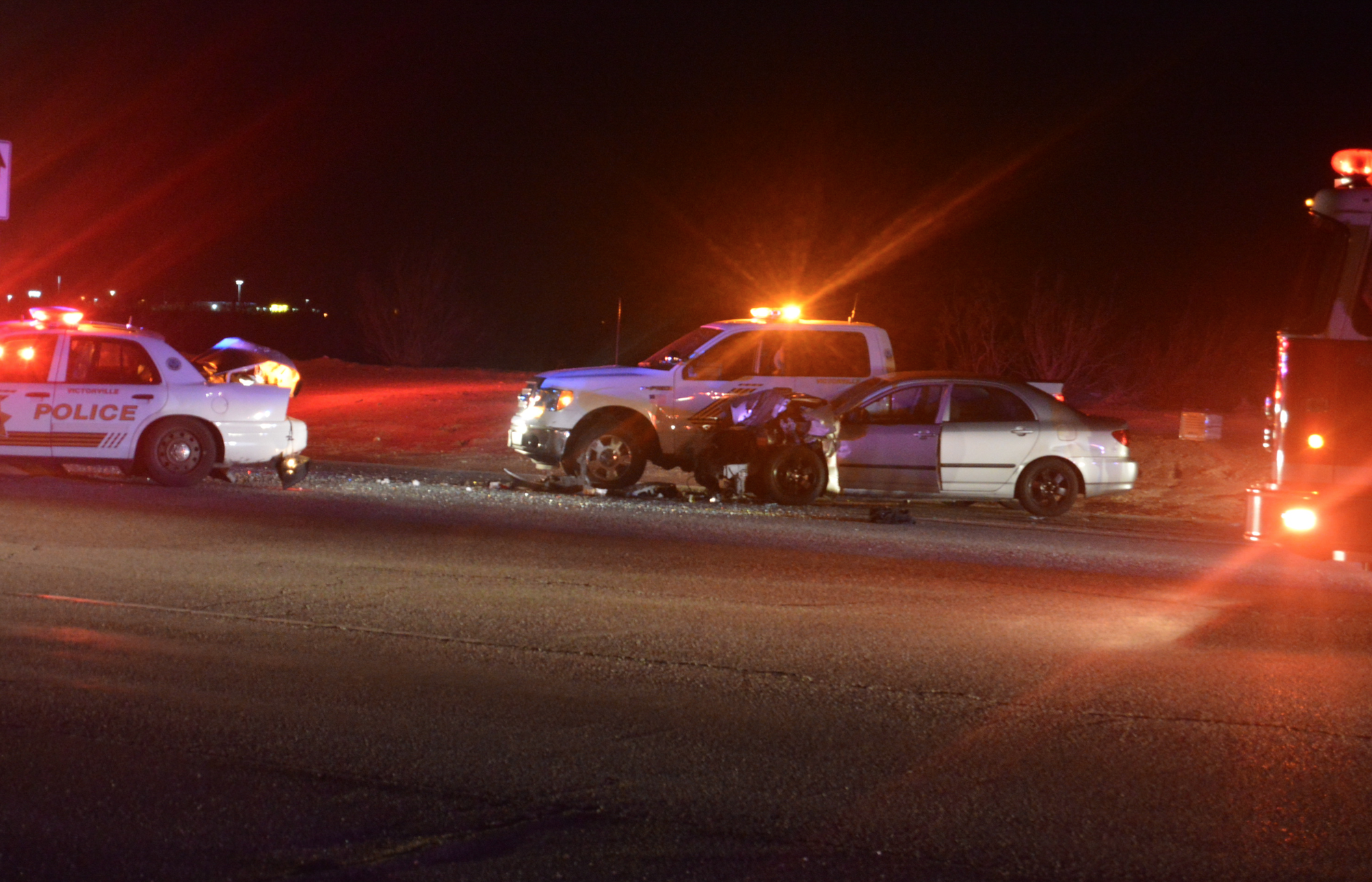 The traffic collision occurred at around 10:25 p.m. in the area where a pursuit relating to an “erratic driver” that originated in Adealnto ended just minutes before.

The patrol car and a second Victorville emergency vehicle both with overhead lights on were stopped at the intersection to block westbound traffic while the felony traffic stop was safely completed.

Adelanto resident, Miguel Zambrano, 26 was driving a Toyota Corolla westbound on Mojave and failed to yield for the emergency vehicles blocking the road.  He struck the two emergency vehicles at the intersection of Mojave drive and Mesa Linda street.

Both of the vehicles, a patrol car and a pickup truck were occupied at the time of impact. The female deputy in the patrol car sustained minor injuries as a result of the collision,  the deputy also reported that she was standing outside of her vehicle right at the point of impact, just minutes before the collision.

Zambrano and Ontario resident, Alexis Garcia, 19 were transported by ambulance for treatment of undisclosed injuries. Zambrano was later arrested for Driving Under the Influence.

Mojave drive was closed in both directions from ¼ east of Hwy. 395 to just east of Onyx Road. The closure will remain for several hours for the M.A.I.T. investigation. Information will be updated as it is received.

The San Bernardino County Region II M.A.I.T. team responded to the scene and assumed the investigation. Anyone with information regarding the collision is asked to contact Deputy Travis James or Brett Haynes at the Victor Valley Station (760)552-6800.