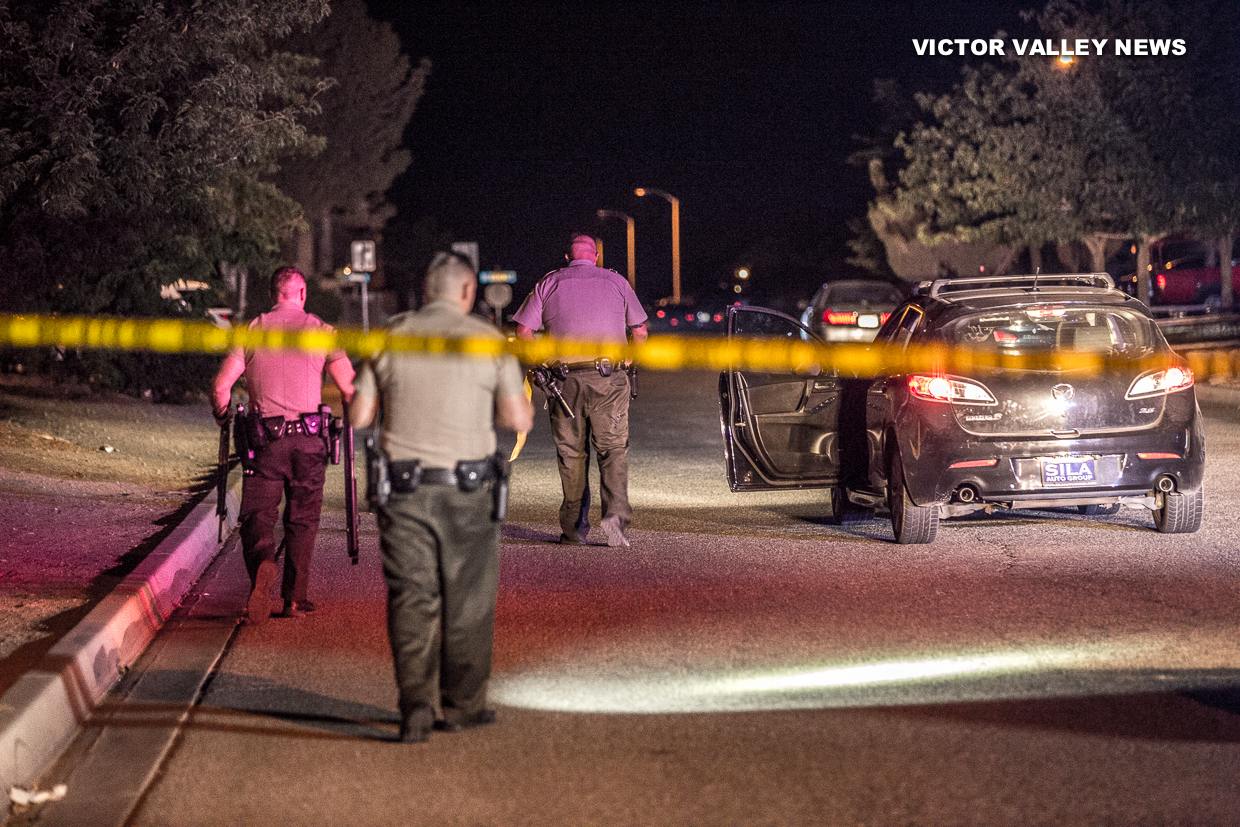 It happened at about 2:00 a.m. on the 10300 block of Kemper Avenue, west of Aster Road and east of Stevens Street.

Deputies on scene remained tight-lipped, but did say a suspect remains at large, but provided no description.

Shell casings were located on the driveway of a residence and a black Mazda sedan with dealer plates was parked in the middle of the street. A white Altima also had its passenger door open while parked near black Mazda.

A Deputy declined to state whether they were searching for more than one suspect or if anybody sustained gunshots wounds.

Officials interviewed a victim on scene who was wearing a white shirt covered in blood. No further details were immediately available.

A Sheriff’s K-9 unit was summoned to assist with searching for the outstanding suspect.