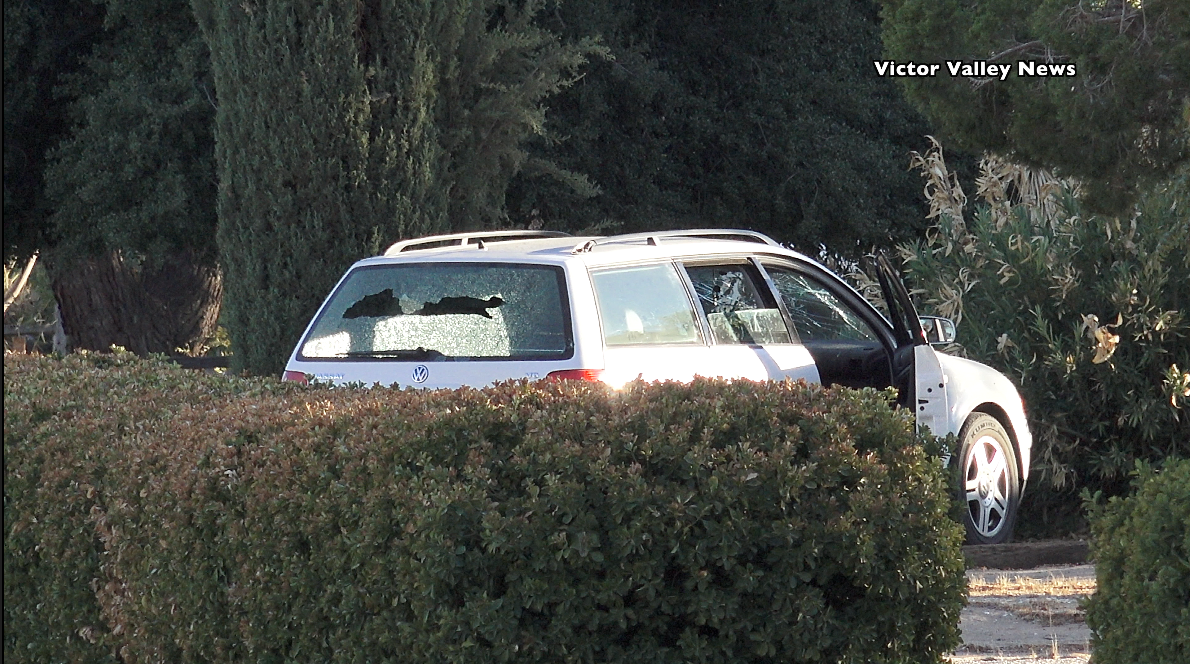 UPDATE @ 7:35 PM — According to a Friday night tweet from the Apple Valley Police Department, a deputy attempted a traffic stop on a vehicle and the driver failed to stop. A pursuit was initiated at which point the passenger in the vehicle shot at the pursuing deputy. Both occupants exited the vehicle on Seminole Road and one suspect continued to shoot at the deputy. The deputy returned fire. No one was injured and both suspects were taken into custody. Investigators from the Specialized investigation Division are conducting the investigation.

APPLE VALLEY, Calif. (VVNG.com) — Police are investigating a deputy-involved shooting that occurred here Friday afternoon, the second one to happen in the Victor Valley this week.

The shooting happened on the 13800 block of Seminole Road near Yucca Loma Road in the Town of Apple Valley at about 5:30 pm.

Deputies on scene were mum about the incident but did say the road will be closed for an extended time for an investigation.

Richard Beck and his wife were doing yard work in their front yard when they heard a vehicle speeding past their house, and didn’t think much of it at first, he told Victor Valley News.

“Then we heard the sirens, and we looked up and saw the police car go by, he only got about 50 yards down there, where that vehicle is stopped now,” Beck stated, pointing a few houses down from him.

“We heard gunfire. One shot,” Beck stated. “Then very shortly after that, the helicopter started circling over.”

Deputies immediately taped off the area with crime scene tape.

A white 2000 Volkswagen Passat GLX had a rear-window shattered, a broken front windshield, and the passenger side door was left open. It remained parked partially yard of a residence on Seminole Street.

Deputies did apprehend a female in a near by dirt field behind the residential street near where the shooting occurred.

It’s unclear what led to the shooting, or if any injuries were sustained during the incident.

Earlier this week on Tuesday, Victorville deputies were involved in a shooting 7th Street that killed 36-year-old LaJuana Phillips  following an altercation at business.

No further information has been released regarding tonight’s incident. This is a developing story, please check back for more information. 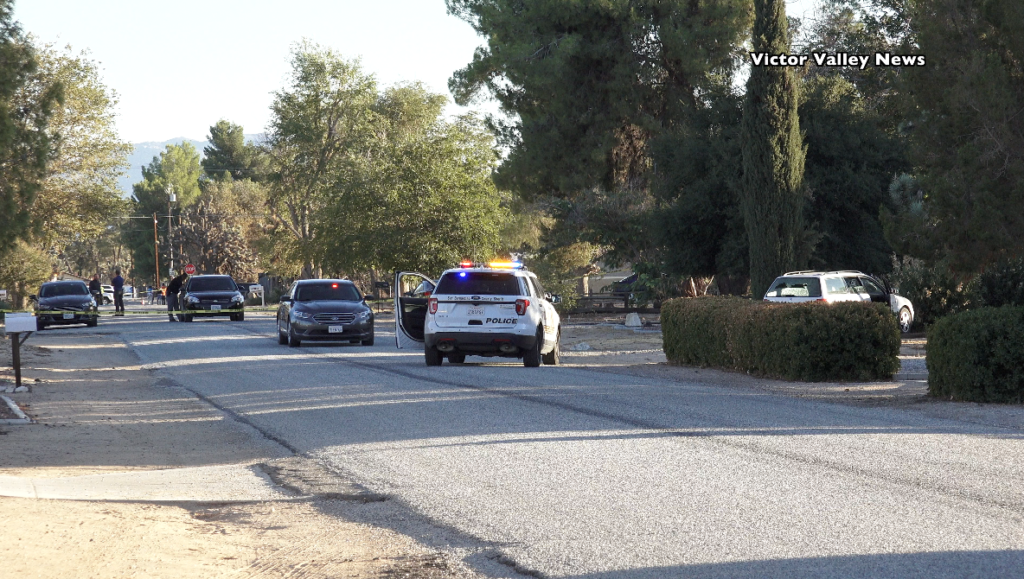