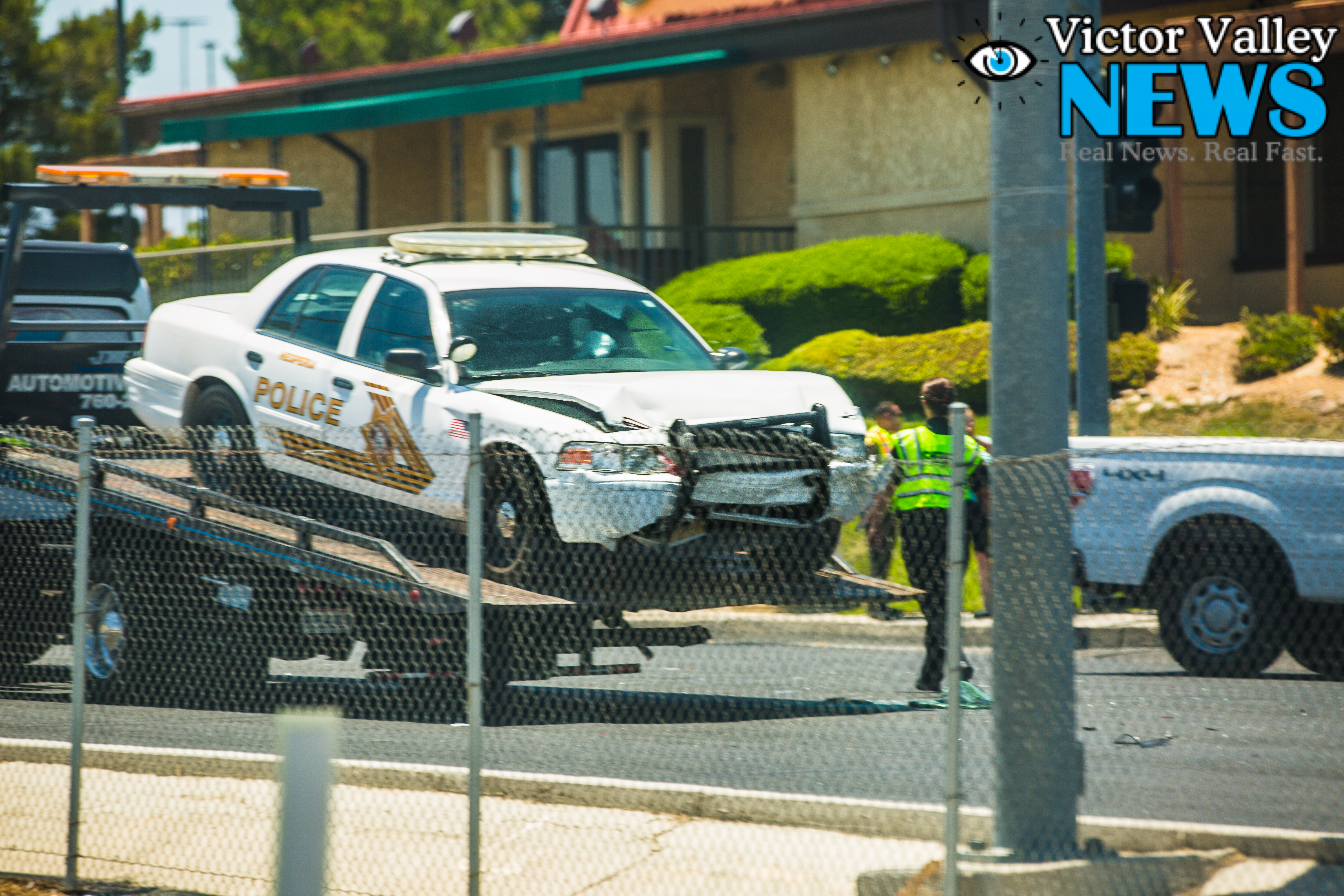 The vehicles were at a stop light in the northbound lanes of Amargosa Road, near the restaurants on the north-east driveway to the Victor Valley Mall.

According to witnesses, a San Bernardino County Sheriff’s Department, Hesperia Station patrol car rear ended a Chrysler 300, causing the driver to hit a silver Saturn SUV in front of her.

“I’m the one who stopped and called 911 with my boyfriend! She (the driver of the black Chrysler 300) was stopped at a red light,”said April Lynne Vasquez.

“I’m shocked it was a cop honestly. I thought someone hit her, but nope it was her [the officer],” said Heather Houghton Rizo, the driver of the black Chrysler 300 in a Victor Valley News Facebook group post.

According to authorities, there were no injuries as a result of the collision.

The traffic collision is still under investigation by the San Bernardino County Sheriff’s Department, Victorville Station. 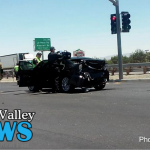 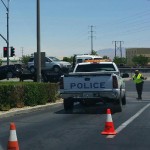 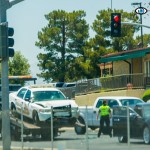