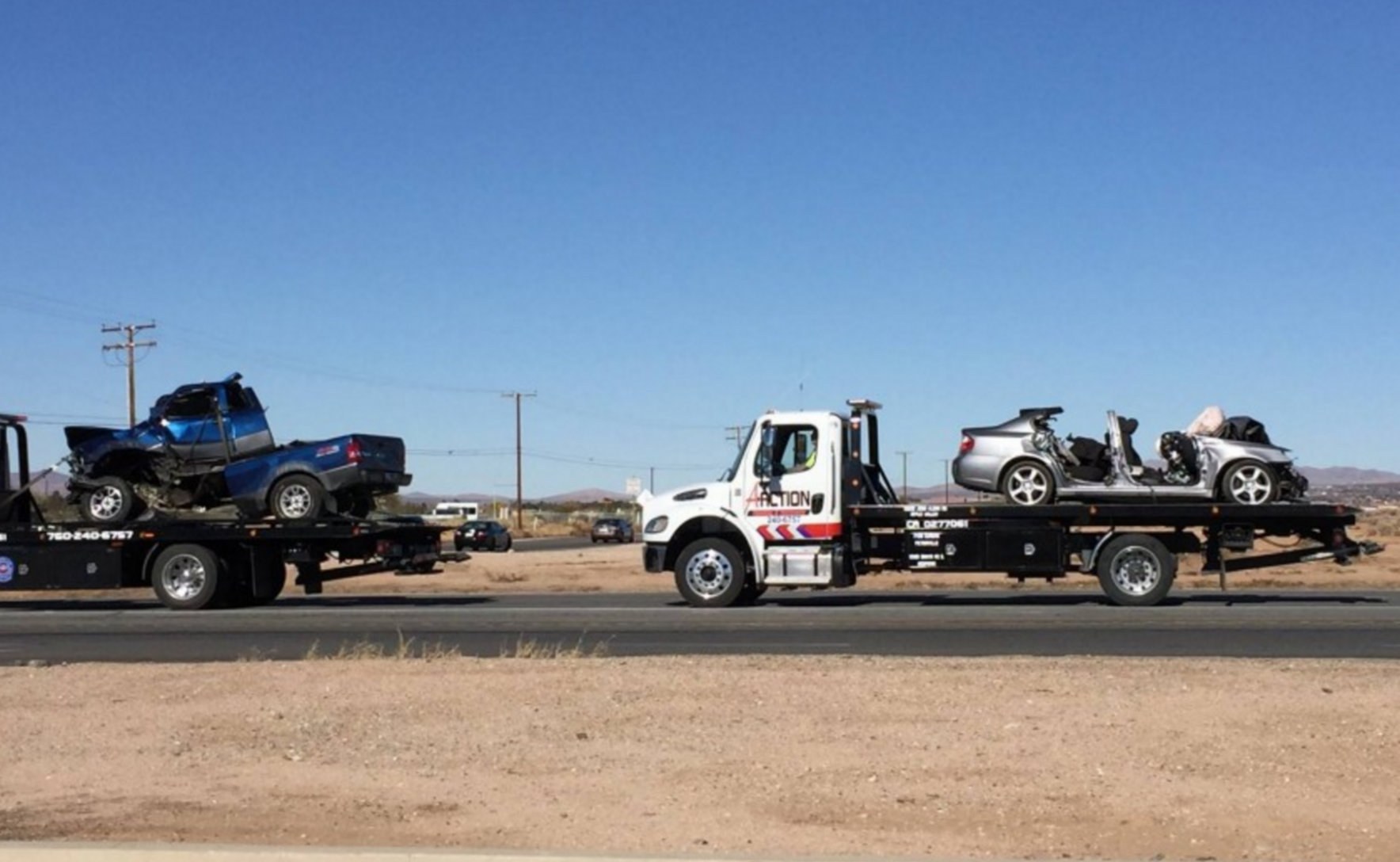 BIG BEAR-(VVNG.com):  A collision on Highway 18 near Lovelace Canyon Road has proven once again to be tragic with

the death of the final person involved, a 54-year-old Big Bear Station deputy. Deputy Stanley Conway, a 15 year veteran with the San Bernardino County Sheriff’s Department and father of three, died as a result of his injuries Wednesday afternoon.

The December 15, 2015, traffic collision immediately took the life of 32-year-old Big Bear mother of two Jimany Misouk. CHP officials told Victor Valley News that Misouk was driving a Subaru Legacy eastbound on Highway 18, when the blue Ford Ranger, driven by Conway an off-duty deputy that was heading westbound.  For reasons still under investigation, the Ford Ranger veered into eastbound lanes subsequently colliding head on with the Subaru.

Two were airlifted from the scene with severe injuries, one being Conway and the second being 29-year-old Big Bear resident Chris Lawson.

Lawson, the passenger seat of the Subaru and was the boyfriend of Misouk. Lawson, who was airlifted to Arrowhead Regional Medical center remained there until his death on December 30, 2015.

Conway, was airlifted to Loma Linda University Medical Center.  Although he was released, he died in his home due undisclosed complications related to his injuries San Bernardino County Sheriff’s Officials said.