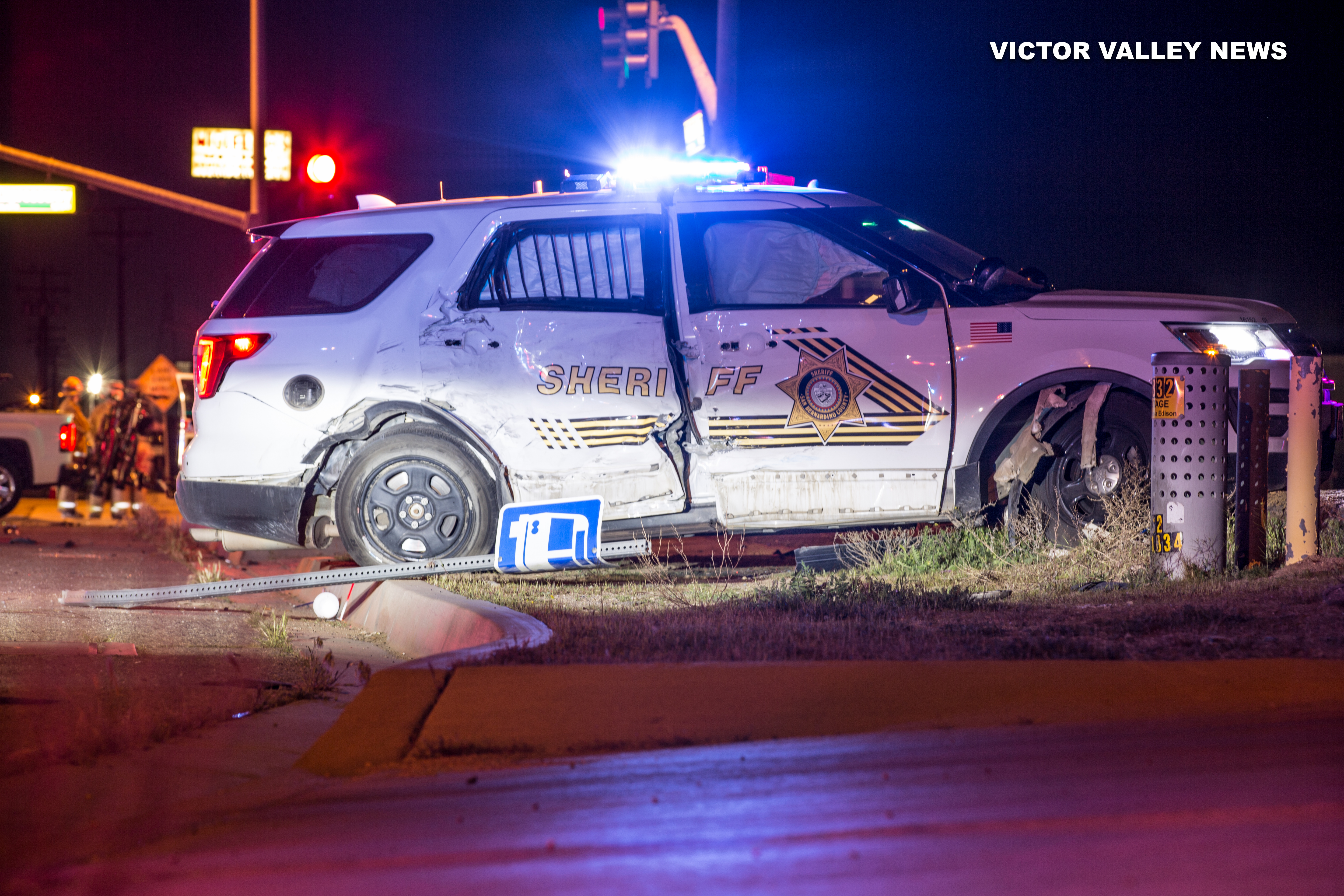 ADELANTO, Calif. (VVNG.com) A San Bernardino County Sheriff’s deputy from the Victor Valley Sheriff’s Station was taken to the hospital Sunday after a two-car crash.

The deputy was reported to have suffered minor injuries and was alert and responsive during transport.

The incident was first reported just after 8 p.m. Sunday and involved a white GMC Sierra pickup truck and a Sheriff’s deputy patrol unit.

The patrol unit had its lights and sirens on when the crash occurred, according to a witness at the scene.

Prior to the accident, the deputy was en route to an emergency call when the collision took place.

“There were three occupants in the other vehicle, (two) passengers did not require medical attention (but) the driver was transported with minor injuries,” Sheriff’s Spokeswoman Jodi Miller told Victor Valley News.

The area surrounding Air Express Way and Adelanto Road will be closed for an unknown duration while the Major Accident Investigation Team thoroughly investigates the cause of the collision.