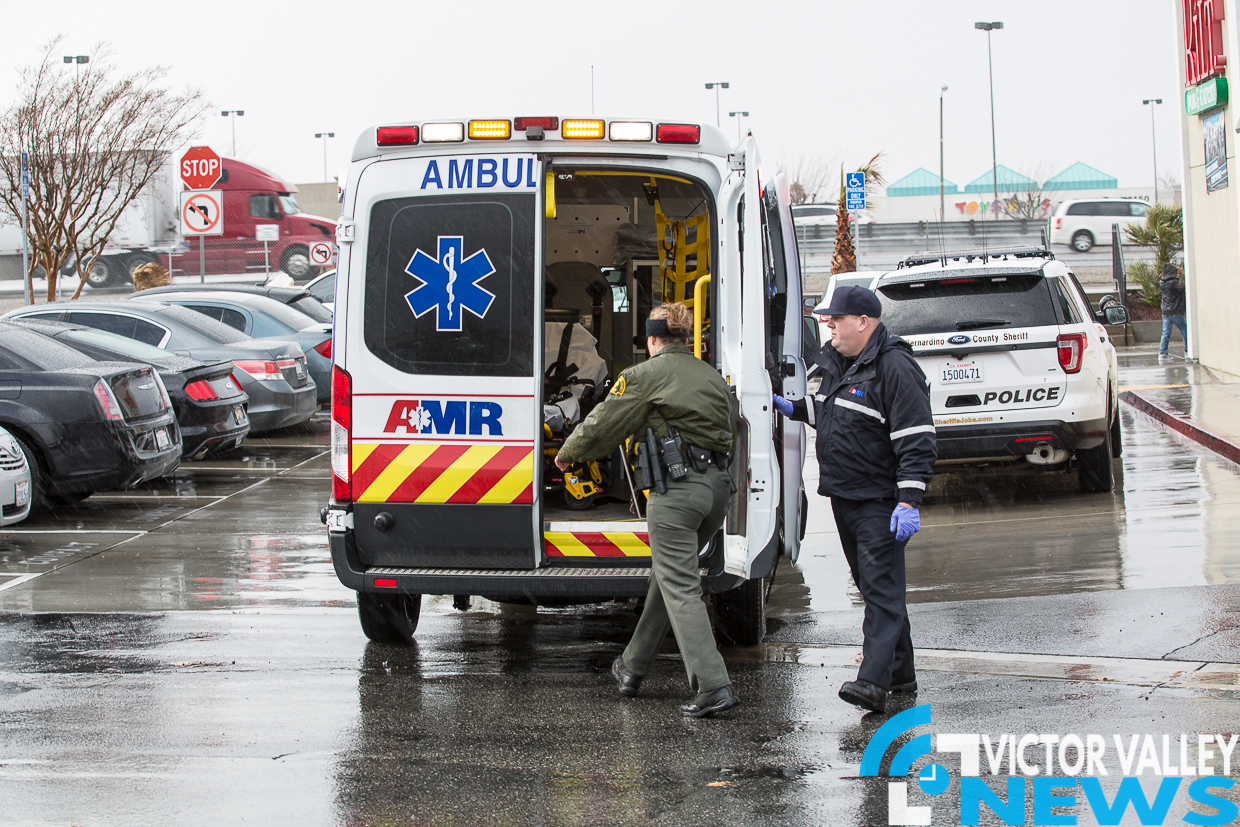 VICTORVILLE, Calif. (VVNG.com)- A 22-year-old Fontana was arrested after resisting arrest and causing a San Bernardino County Sheriff’s Deputy to be injured.

On Sunday, January 22, 2017, at 1:48 p.m., Sheriff’s dispatch received a call from an employee at the Tilted Kilt Pub & Eatery reporting a man approaching customers and attempting to sell them marijuana.

The man, later identified as Robert Cody Stewart, was asked by the business to leave but refused to do so.

The deputy responded to the business located at 12409 Mariposa Road to speak with Stewart.

According to a Sheriff’s press release, “During an attempt to pat-down the suspect, Stewart pulled away from the deputy. The suspect continued to struggle and threw the deputy to the ground. An employee of the business assisted the deputy allowing the deputy to deploy her Taser, which had no effect on Stewart. The deputy deployed pepper spray and was able to take Stewart into custody.”

Stewart was arrested and booked at High Desert Detention Center for resisting an executive officer. He is currently being held in lieu of $50,000 and is scheduled to appear at Victorville Superior Court on January 24, 2017.

The female deputy was treated for her injuries at a hospital and released.