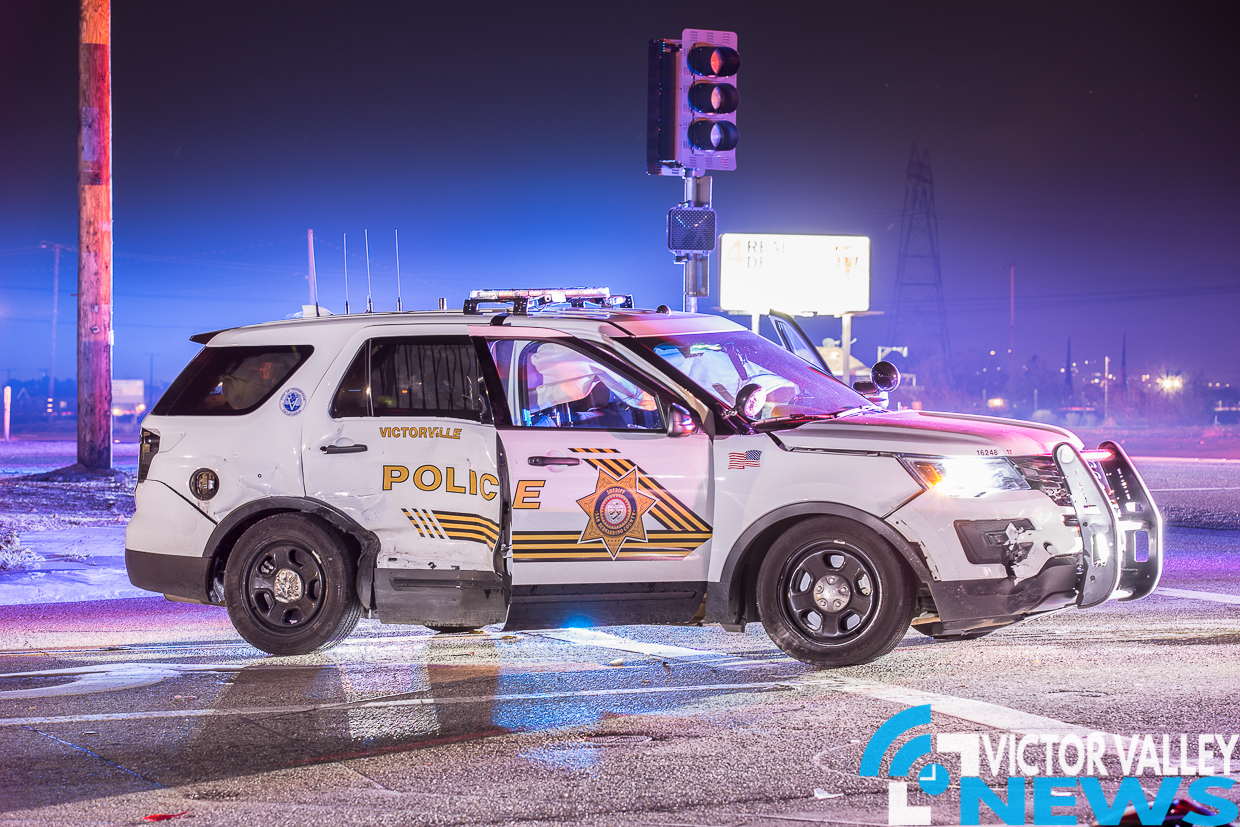 At 9:00 p.m., dispatch received reports of a traffic collision at the intersection of Palmdale and Amethyst Roads.

A man, who wished not to be identified, said he witnessed the accident as it happened. “I helped the deputy get out of his car, his eye was bloody and he complained of back pain.”

Officials at the scene said the deputy was transported to a hospital but was unable to confirm his condition.

The signal light at the intersection has not been working since earlier in the day after an underground vault caught fire, leaving nearly 2,000 residents without electricity.

Besides the Victorville Sheriff’s Deputy, no other injuries were reported.

The Major Accident Investigation Team (MAIT) was called to the scene to investigate the collision.

It’s expected to remain closed for several hours to allow for a thorough investigation.

Please join our newsgroup on Facebook with over 89,000 members. VICTOR VALLEY NEWS.