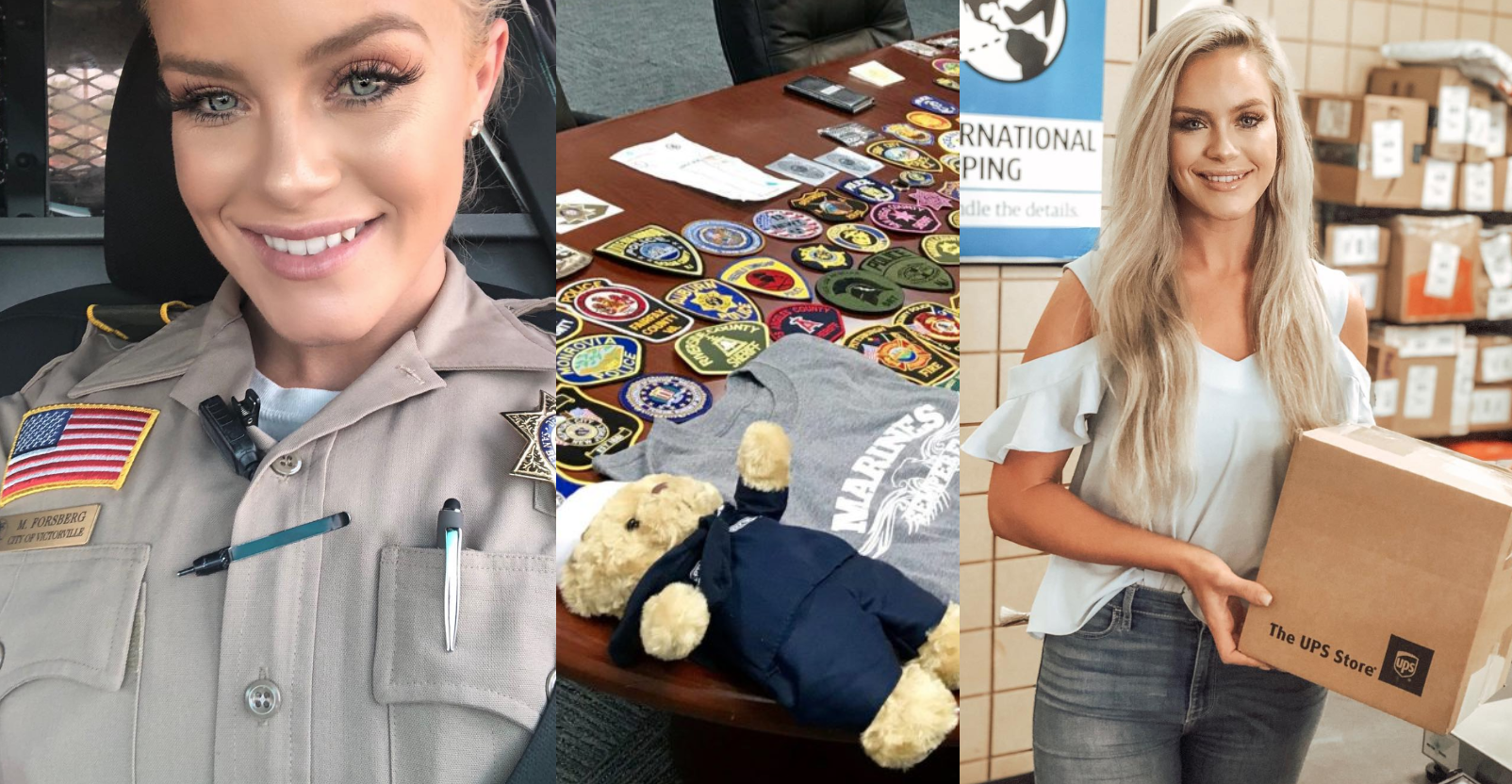 VICTORVILLE, Calif. (VVNG.com) – It’s no surprise to those who know Deputy Meagan Forsberg that she goes above and beyond the call of duty both on and off the clock, and it should be to no surprise that she already has something else in the works.

The deputy, who is stationed in Victorville, recently grabbed headlines for using her large social media presence to collect nearly 300 patches for a 14-year-old boy with Autism after receiving a simple request, Victor Valley News previously reported.

It started when the father of a young boy with Autism sent a letter to Forsberg for just one simple request.

“I write to ask for help with something I would like to do for my son. I didn’t know who to contact so figured I’d try here,” wrote Kenneth Laufer Sr. to Deputy Forsberg. “My Son Kenny Jr. is Autistic and collects patches. He loves anything related to the Military, Law Enforcement, and the Fire Service.”

“Would you be able help add to his collection?,” his father asked.

(WATCH THE INTERVIEW BELOW WITH ABC7)

Today Forsberg, mailed out a box of patches to New Jersey where Kenny is anxiously awaiting their arrival, after receiving help from other Law Enforcement agencies around the world.

In the meantime, Deputy Forsberg is wishing to grab the attention of comedian and daytime show host Ellen Degeneres, in hopes of bringing Kenny to Victorville to make him an Honorary Deputy at the station and to bring more awareness to autism.

“With Ellen’s help, I know we could get Kenny here, get his family here, and make him an Honorary Deputy while raising autism awareness,” stated Forsberg.

Forsberg also plans on pitching an Autism Awareness patch to the Sheriff’s Department’s Board of Chiefs very soon.

Anyone wishing to write Ellen Degeneres may do so on her website Ellen.com