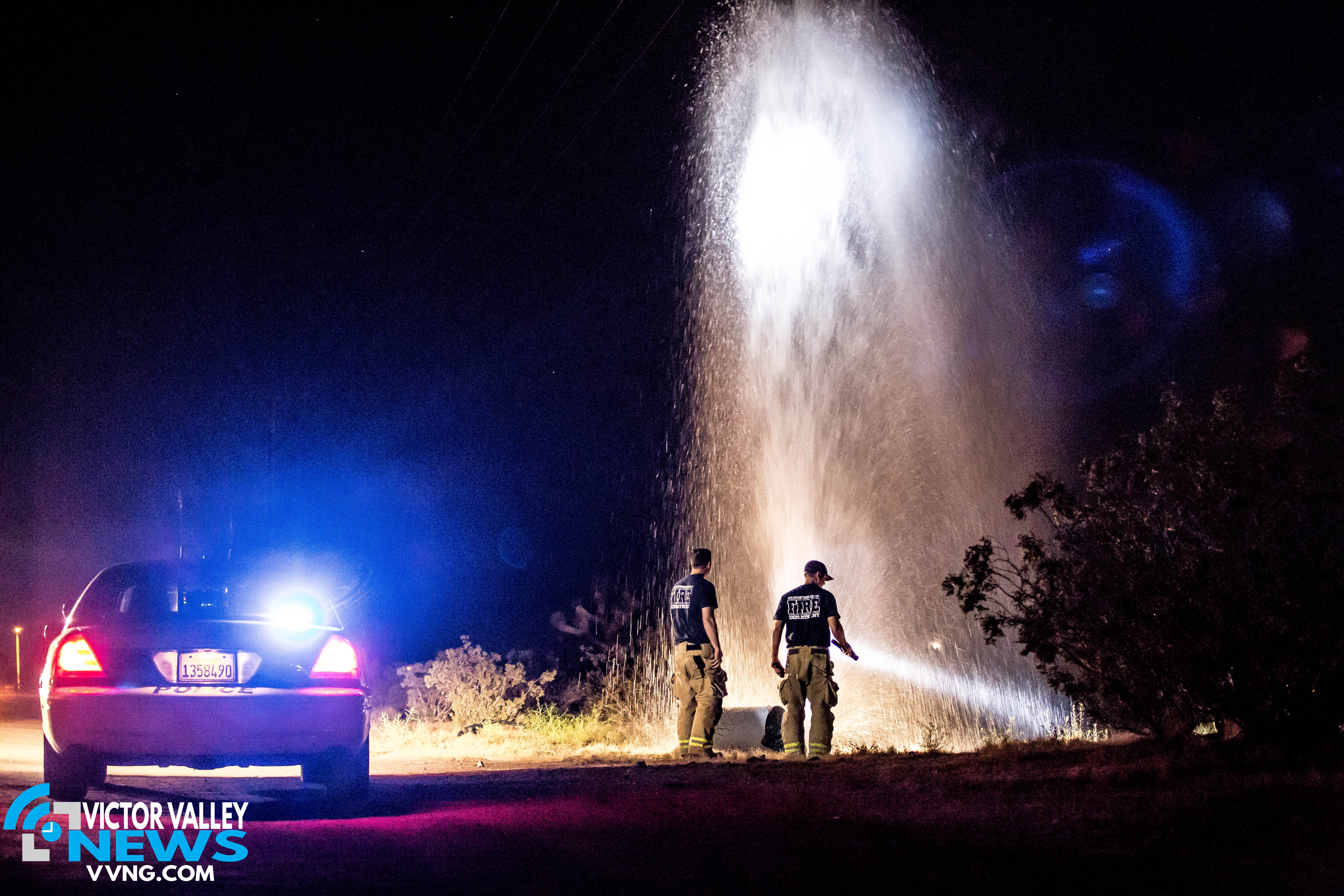 VICTORVILLE, Calif. (VVNG.com) A Victorville Sheriff’s Deputy stumbled upon a geyser of water shooting 30 feet into the air Wednesday night.

Deputy Wallace from the Victorville Station was responding to a disturbance call between two transients living in the desert field when he discovered the geyser around 11:10 p.m.

A lock was removed from the above ground metal cover that is used to house the water valve, in what appeared to be an intentional act to steal brass or copper fixings.

Thieves targeting backflow valves is not uncommon as the scrap metal is typically traded in for $200-$400, but can cost upwards of $6000 to replace and repair.

The backflow valve is part of the water well operated by the City of Victorville near Bear Valley Road and Starshine Street.

The San Bernardino County Fire Department responded in less than 15 minutes and managed to shut off the valve stopping the waste of water.

An exact number of gallons lost was not immediately known, but is estimated to be in the high thousands.