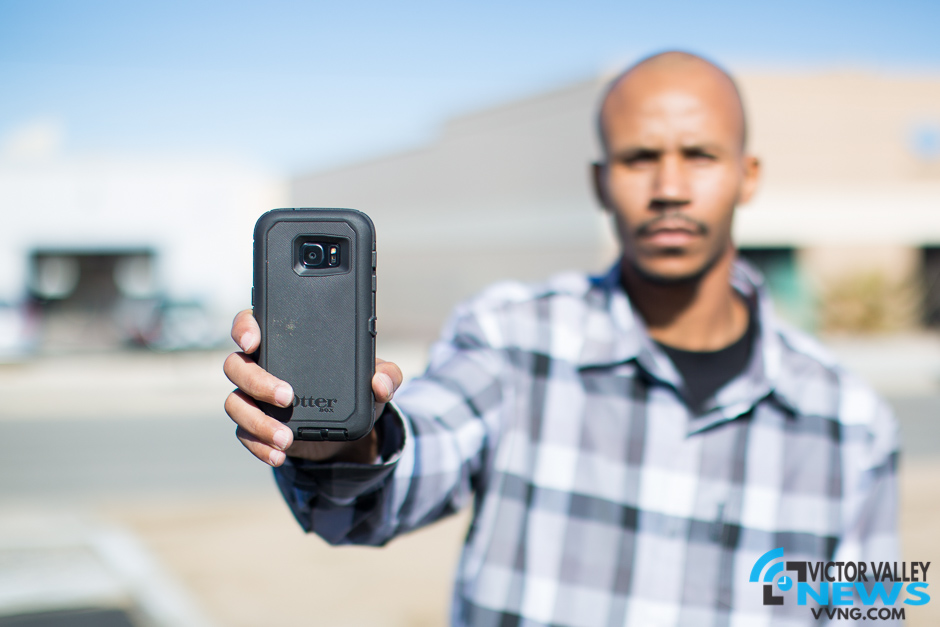 VICTORVILLE, Calif. (VVNG.com) The San Bernardino County Sheriff’s Department launched an investigation after a man captured a deputy threatening to “create something,” to make an arrest.

34-year-old Duncan Hicks, a Victorville resident,  said he walked into the Victorville Sheriff’s Department on January 20th, to file an incident report for an ongoing custody battle. That’s when he says he was greeted by an unidentified “rude” deputy who ultimately threatened to arrest him.

“I told him I was here to make an incident report and he refused to help me,” said Hicks, “he didn’t take down any information from me but said he filed the report and then brushed me off.”

“I went to my vehicle and was going to leave, but I knew that as a citizen I should have a right to file the report properly,” said Hicks. “I decided to go back in with my cell phone to record how I was being treated and get the incident number.”

During the conversation, Hicks captured the deputy on cell phone video saying “Duncan, you know what man? I’m about getting tired of you and you’re about to go to jail – just so you know.”

Hicks said he was shocked when he heard the deputy say those words, “I’ll create something.”

“You can’t say that, how are you going to create something? That’s against the law,” exclaimed Duncan.

The deputy then looks up at the cell phone and discovers he’s being recorded and says, “Recording me like that? That’s illegal, without my knowledge? You want to go to jail for that too?”

The unidentified deputy walks away and proclaims “you’re illegally recording me right now.”

The clerk then refuses to hear anything else from Hicks and points her finger as she states multiple times, “step back from my window.”

Sheriff’s Spokeswoman Cindy Bachman confirmed, “There is no policy that prohibits a person from recording in our police department lobby.”

Upon reviewing the video, Sheriff John McMahon released a statement to Victor Valley News via email stating as follows:

“Since viewing the video, our employees’ response to the citizen is not consistent with my expectation of customer service. Additionally, the deputy’s responses are not consistent with the interpretation of the law.  As a result we are conducting an administrative investigation into this incident, and the four other previous contacts with the citizen to ensure all previous contacts were professionally handled. We will be re-contacting the citizen and addressing his concerns. Once we determine the outcome of our investigation, appropriate action will be taken.” John McMahon, Sheriff