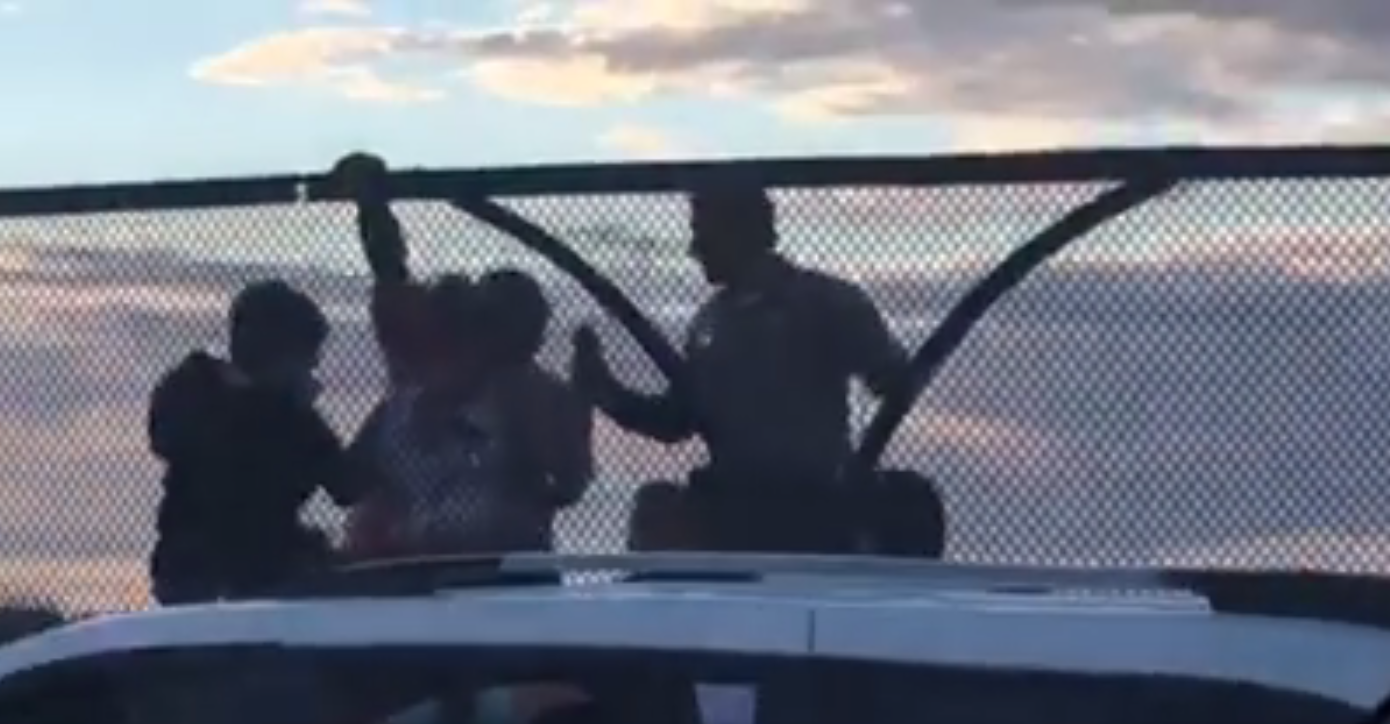 VICTORVILLE:(VVNG.com)- Traffic along the northbound 15 freeway was temporarily halted on Tuesday evening due to a potential jumper.

At about 7:30 PM, a female in her early 20’s, climbed over the fencing on the La Mesa/Nisqualli overpass and contemplated suicide.

Kassondra Black and her mother Victoria were the first on-scene with the suicidal woman standing on the outer side of the perimeter fencing. “We were trying to talk her down before anyone arrived. My mom went on the other side with her and I tried to hold her and talk to her. It was truly the scariest thing I’ve witnessed seeing someone so lost thinking death was the only option.”

Prior to the arrival of first responders, a male identified by the first name of Kenneth climbed over the freeway fence and pinned the woman to keep her from jumping.

In a cell phone video taken by Victor Valley News member Tawny Postoian, you can see San Bernardino County Sheriff’s Deputy Adam Hylin quickly jump into action. Without hesitation, Hylin risks his own life as he scales along the fence and makes his way over to the woman.

By quickly working together, the deputy and the good Samaritans were able to keep the woman from jumping. The unidentified woman was safely brought down and no injuries were reported.

[box type=”note” align=”aligncenter” class=”” width=””]If you feel you are in a crisis, whether or not you are thinking about killing yourself, please call the Lifeline. By calling 1-800-273-TALK (8255) you’ll be connected to a skilled, trained counselor at a crisis center in your area, anytime 24/7.[/box]