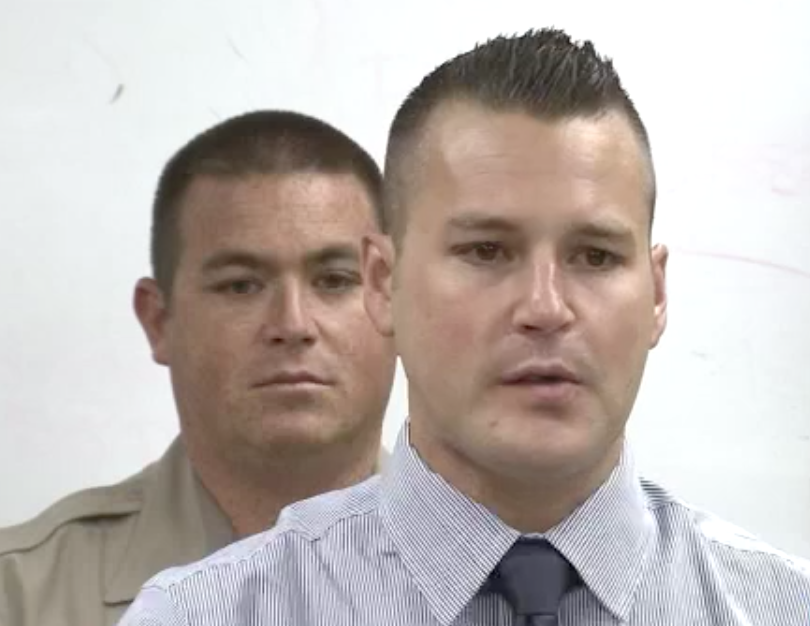 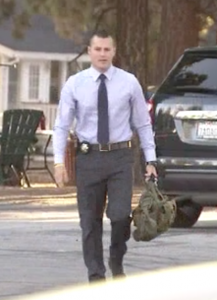 Seven months after receiving life threatening injuries during the greatest manhunt in Southern California, Deputy Collins returns to the station, he calls home. Several fellow deputies awaited his arrival in the stations briefing room. Alex credited his ability to return to work to the amazing team of doctors from the Loma Linda Medical Center. “I knew I would be returning to work, as soon as I woke up in the hospital all I could think about was getting back to duty.”, he added.

Sheriff John McMahon was the first to greet Alex as he walked toward the station entrance. “Welcome back Alex,” stated Sheriff John McMahon. “It is an emotional and proud day for this department, we are so happy that Alex is doing so well and is returning to work. Deputy Collins is an amazing young man and a great Deputy Sheriff, he added.

Also embracing Deputy Collins as he entered the Sheriff’s Station was Captain Tom Bradford. “I’d like to thank the community for all of their support throughout the events that occurred in February – It has been more than amazing and very much appreciated,” he stated.

Deputy Collins return to duty was celebrated by all of his fellow co-workers, followed by a “Welcome Back BBQ” that was attended by station personnel and volunteers.

Deputy Collins will be assigned to modified duty – working in the station doing follow-up investigative work.