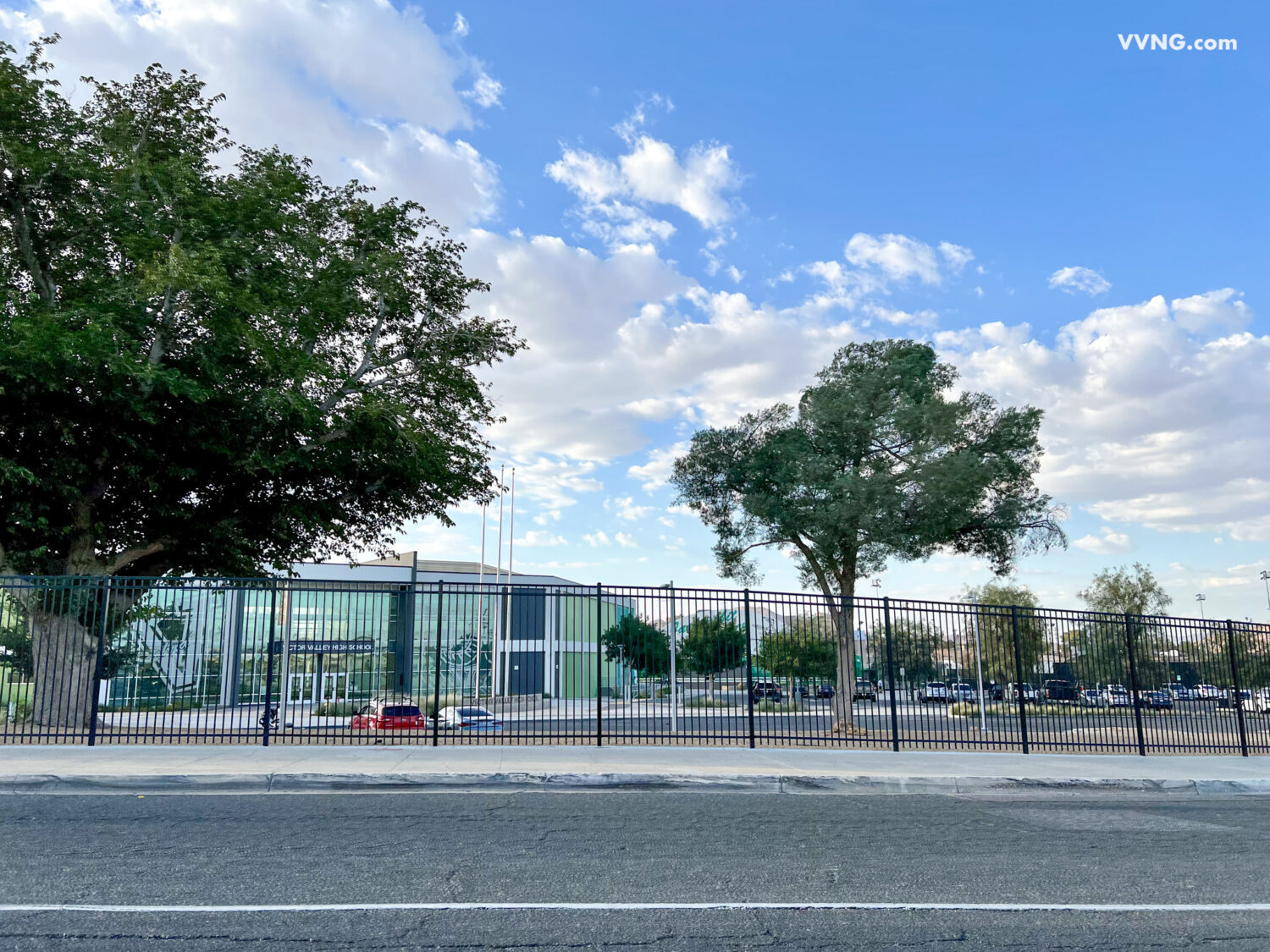 It happened on Wednesday, August 18, 2022, at approximately 2:31 p.m., when sheriff’s dispatch received a report of a large fight in front of the high school.

“There were a lot of juveniles dispersing in the area when the reporting party saw a white male juvenile with a black handgun,” stated sheriff’s spokeswoman Tricia Blake.

Updated information stated the suspect was last heading towards Village Drive. At 2:33 p.m., deputies arrived at the scene but were unable to locate the suspect.

Despite an extensive area search by patrol units and aerial assistance by Sheriff’s Unit 40K1 deputies were unable to locate the suspect.

School Resource Deputies remained in the area until it was deemed clear of any active threats.

Power poles damaged by a semi cause outage in Victorville