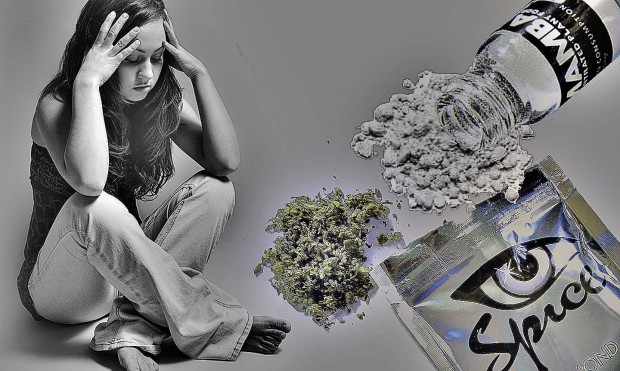 VICTORVILLE:(VVNG.com)-  Recently, the Victorville Police Department has been receiving complaints from citizens that smoke shops in the area of 7th Street and La Paz Dr. are selling synthetic marijuana, also known as Spice.

In January 2015 the City of Victorville passed an ordinance prohibiting the sale of any synthetic drugs, to include those known as “Bath Salts” and “Spice”.

Deputies from the Victorville SMASH unit began an investigation into the complaints.

On April 23, 2015 deputies from the Victorville SMASH unit and officers from Victorville Code Enforcement, conducted business inspections on the smoke shops in this area for compliance with the business licenses issued to the smoke shops. Over 150 packages of suspected synthetic marijuana were seized from two smoke shops located on 7th Street. The owners of the businesses were cited for the municipal codes and the cases will be forwarded to the City Attorney for prosecution.

The suspects were contacted by deputies from the Victorville SMASH unit and found to be in possession of crack cocaine and marijuana, packaged for sale. Both were detained and a report will be submitted to the District Attorney for review and filing of criminal charges for Possession of narcotics for sale. Both suspects are members of Los Angeles based criminal street gangs.