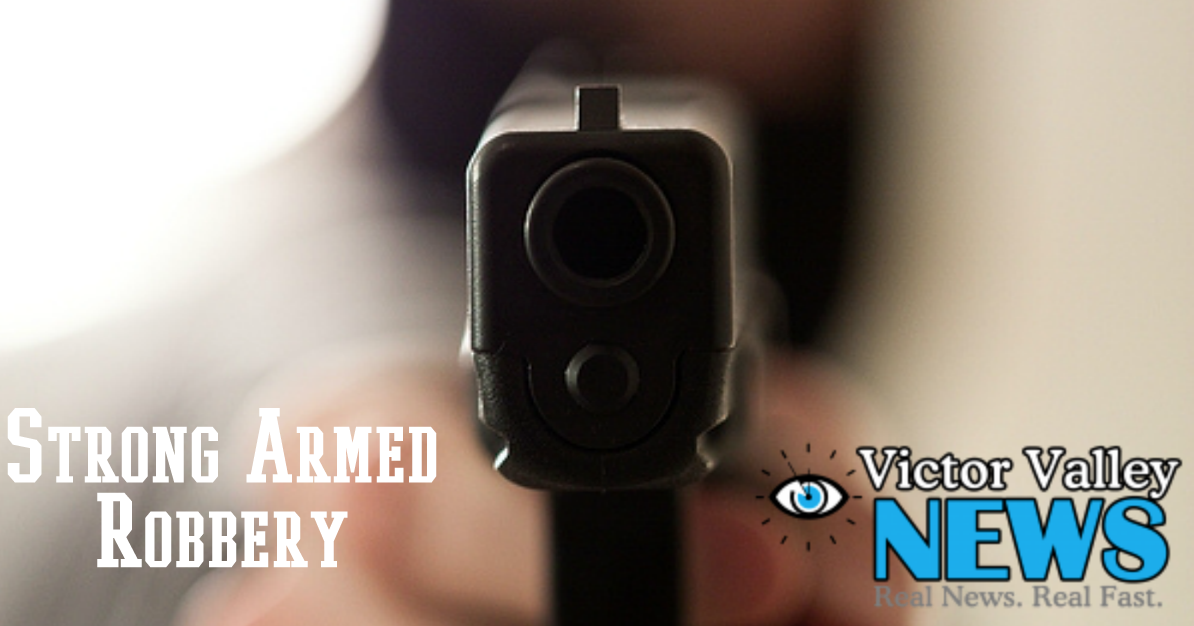 VICTORVILLE– (VVNG.com):  Just before 12:00 p.m. on Tuesday, June 23, 2015 dispatch received the report of a strong arm robbery on the 12000 block of Dunia road in Victorville. The reporting party reported that there were two phones stolen from the victim by two black male adults armed with a gun and knife.

The suspected were described as wearing long sleeved plaid shirts and fled the scene heading eastbound driving a BMW with no plates.

There were no injuries reported at a result of this incident, San Bernardino County Sheriff’s Department, Victorville Station deputies are currently searching for the suspects. There is no further information at this time, information will be updated as it is received.