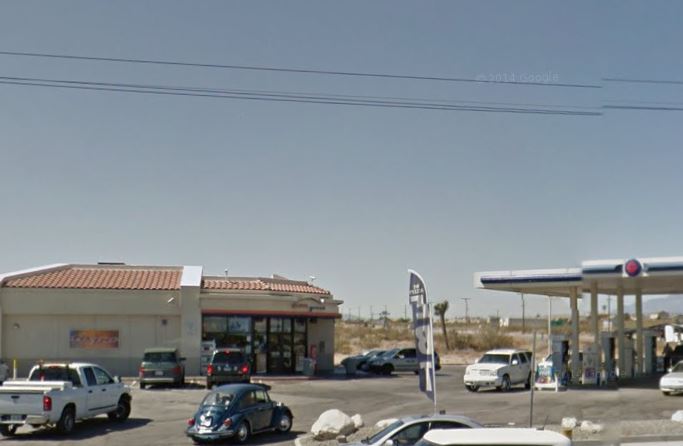 VICTORVILLE-(VVNG.com): At approximately 6:45 p.m. on Thursday, May 21st, per scanner traffic, dispatch

received a report of an armed robbery at the AMPM located at  12117 Palmdale road in Victorville. The approximately 30-year-old Hispanic male adult pulled out a gun and left two packs of cigarettes.

The suspect was last seen in a gold Honda Accord with dealer plates  The vehicle, that was being driven by a female

driver fled eastbound on Palmdale road toward the 15 freeway. At approximately 7:05 p.m. the suspect vehicle crashed into a wall at Amethyst and La Mesa roads. The collision was non-injury and caused moderate damage.
Deputies were able to connect the two incidents and the juvenile female driver was arrested at the scene.  According to the San Bernardino County Sheriff’s Department Spokesman, Sgt. Brett Zour, the Hispanic