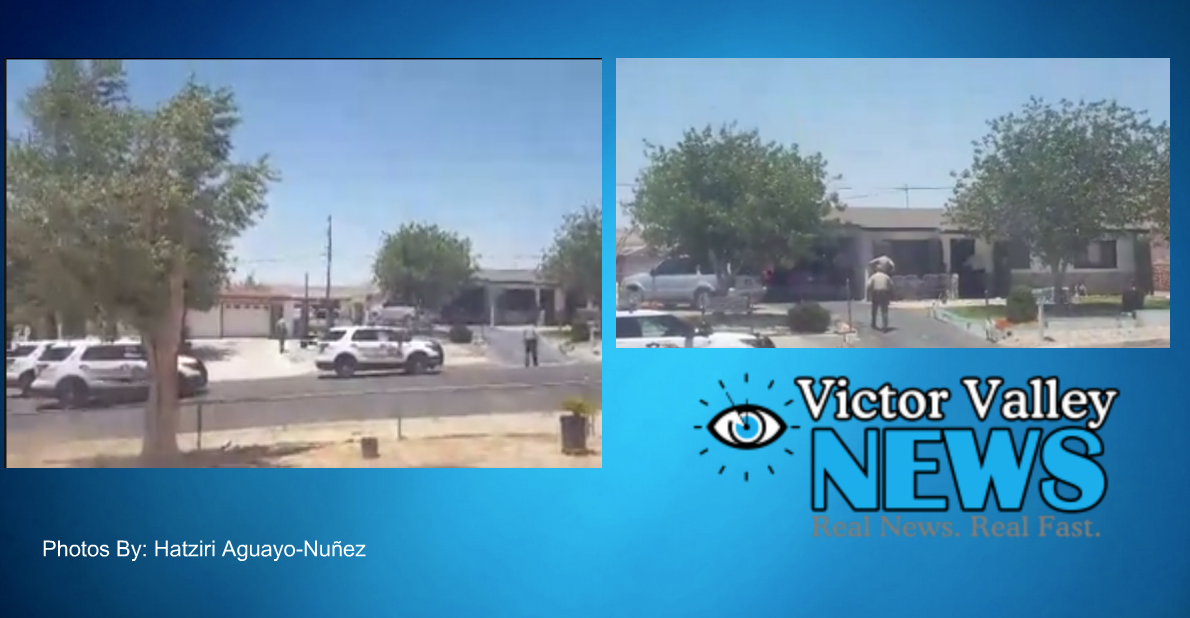 VICTORVILLE-(VVNG.com): At approximately 1:00 p.m. on Thursday, July 9th dispatch received a call from a female that was out of breath, stating that her father had cut her mother with a machete. The deputies arrived at the home in the 17200 block of Dante Street near Stoddard Wells Road, but they were unable to locate the suspect.

A CHP helicopter, as well as several patrol cars are searching the general area for the suspect.

“A police officer just stopped to ask me if I have seen a black guy in a red shirt or a black guy with a large mustache around. I haven’t, but apparently they are running around with a machete,” said Heather Vanos on a Victor Valley News Facebook group post.

According to deputies, they  do know the identity as the suspect, but no one is in custody at this time.

It is unknown if there are any injuries at this time, “I don’t know if we have a victim yet as they are checking hospitals,” said Sgt Dave Burgess.

No further information is available at this time. Deputies are actively searching for the suspect and investigating the incident at this time.